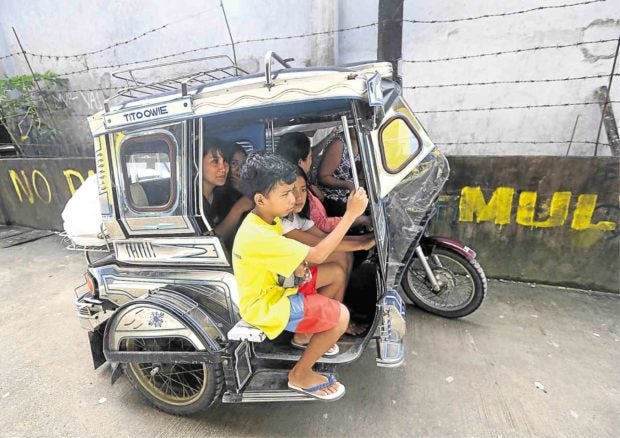 INFANTA, QUEZON—Survivors of the ill-fated MV Mercraft 3 which sank off the coast near Dinahican village here on Thursday have blamed Philippine Coast Guard officials for allowing the boat to carry passengers beyond its capacity.

Some of the passengers, interviewed by the Inquirer, had decried the overloading of the vessel. They claimed that more passengers were allowed to board even if the ferry’s manifesto listed only 251 names, a number well below the ferry’s capacity.

Rovelyn Combalicer, an overseas worker, said she and her father had spoken to the Coast Guard officials before they left Ungos Port in Real, Quezon province, between 9 a.m. and 10 a.m., asking why more people were being allowed onboard.

“There were so many passengers,” she said. “Many were standing. The life jackets were also not enough that my father was not wearing one.”

About two hours into the ride, the ferry—which had been battling rough waves and bad weather—capsized, leaving over 200 passengers aboard scrambling for their lives.

“While we were sinking, I was handing my father a rope to hold on to, but the waves were too strong and he was swept away,” she said.

Dulcinea Mendiola, who was with her son Jake Noel, 14, also recalled that in panic, some passengers grabbed the vests supposedly for her and her son.

Mendiola and her son, a Grade 9 student at University of Santo Tomas Junior High School, were also looking forward to a homecoming on Polilio Island. The young boy had been staying in Manila for his studies.

Holding on to schoolbag

But when the ferry began to sink, Jake Noel reportedly held on to his bag which contained his school ID and his uniform, said his aunt, Yolanda Ayuma, Mendiola’s sister.

“(His mother) began to sink, but Jake kept pushing her up to save her,” said his cousin Cheysser Zabala. “He apparently said, ‘Ma, don’t let go. Please be strong.’ But because the waves were so rough, they were separated.”

Mendiola was rescued and taken to C.M. Recto Hospital for treatment. No news, however, has since been heard of Jake Noel.

Like most passengers, Combalicer had been looking forward to spending the holidays back in her hometown on Polilio Island for the first time in four years.

She never expected a tragedy would struck only four days before Christmas in the waters she had known all her life.

She saw her father floating in the cold waters of Polilio Strait, lifeless among other bodies and ruins of the vessel.

Rufo Combalicer, 65, was one of at least 15 reported missing passengers after 249 were rescued in search operations.

Aside from her father, she was with six other members of her family who all survived.

The 34-year-old overseas worker said she had already accepted her father’s death. Her only Christmas wish is for his body to be returned home.

“We’ll just wait for his body to be given back to us, then we’ll bury him here in Infanta,” she said in an interview on Friday.

After the tragedy, the sleepy, seaside village of Dinahican was roused by weeping. Traumatized survivors were also plucked from the waters and taken to a village hall near the port.

Since the accident, Ayuma said she and her husband had been rushing back and forth from Real town to Infanta, in hopes of any news of her nephew.

Another survivor, Ester Jinayon, meanwhile, prayed for one Christmas wish: For her son, Sunday, to still be alive.

On Sunday, his wife Judith and their 11-month-old baby had traveled with his uncle Edie, whose relatives lived in Polilio.

Jinayon, 58, hailed his son as a hero, because when the ferry began to sink, Sunday had struggled against odds to save his family.

With no vest on, he fought to stay afloat. But as hours ticked away and no rescue was in sight, he reportedly handed his baby to another man, a stranger, saying, “Please save my son,” before he was swept away by the waves.

Edie, Judith and her baby floated for nearly two hours in freezing waters before they were rescued.

“I can’t even get a wink of sleep,” she said. “But I still hope that my son is still alive out there,” Jinayon said. “It’s my only wish this Christmas.”