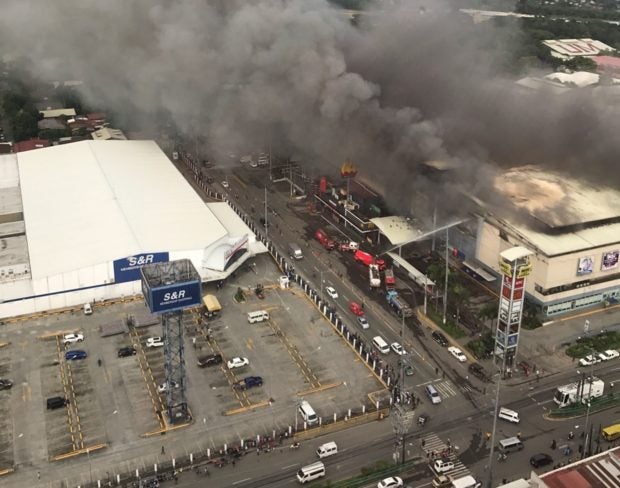 Fire razes NCCC mall in Davao City on Saturday, December 23, 2017. Officials say there were no survivors among individuals trapped in the building. (INQUIRER PHOTO)

Senate President Aquilino “Koko” Pimentel III conveyed on Christmas Eve his grief to Davao mall fire victims as he sought for a thorough investigation into the incident.

“I cannot express with words the grief that I share with the families of those trapped inside NCCC (New City Commercial Center). I still hope for the best possible outcome. Our thoughts and prayers are with them at this terrible time”, Pimentel said in a statement.

The senator noted the courage that the firefighters showed as they responded to the fire incident, but sought a thorough investigation from the Bureau of Fire Protection (BFP).

“I want to know why they were trapped, and if there is anything we could have done to avoid this. I look forward to the report of BFP and see if we need to update our fire safety regulations to prevent a tragedy like this from happening again,” said Pimentel.

On Saturday, a fire broke out at NCCC, one of the biggest malls in Davao, trapping 37 persons inside the building.