SHE BARES HOW HER FATHER ‘FUCKS UP' HER CHRISTMAS EVERY YEAR
By: Allan Nawal - Correspondent / @inqmindanao
Inquirer Mindanao / 09:47 PM December 22, 2017 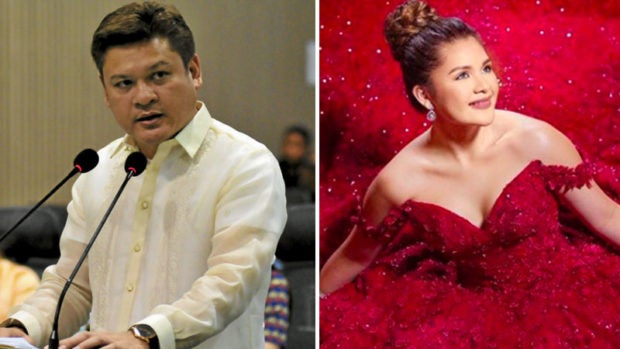 DAVAO CITY – A word war between presidential son Paolo Duterte and his daughter, Isabelle, erupted on social media on Friday.

The word war started when Isabelle, Paolo’s daughter by his former wife Lovelie Sangkola, posted on her Twitter account an apparent outrage as she spoke of how he should not physically hurt somebody “just because you have a position in the city.”

“It’s not that if you have power, you can already hurt people,” she wrote in Cebuano.

Isabelle added: “The one you’re touching is also human!!!! Not only human but a child!!!!”

It was not clear if Paolo had physically hurt his daughter but Isabelle went on with her rage, saying “you cannot act like that just because you have a name!!!! Just because you are a Duterte, it would be [all right] already.”

In another post, Isabelle spoke of how her father “fucks up my [Christmas] every year.”

“What a time to be alive,” she added.

“It’s not that if you have been pimped twice by that person, I will keep my silence. And if your mother would no longer care if she gets something in return, I would not. It’s not because I am a Duterte but because I’m a father,” Paolo wrote.

He challenged Isabelle “to change your family name if you want.”

You don’t respect me anymore! You’re embarrassing!” he said.

Paolo then made public his dislike for Isabelle’s career in the entertainment industry by saying: “You should really go to school so that your mind would NOT go blank.”

“You don’t listen anymore because you’re now famous? Famous for what Belle? Famous for being rude to your father?” Paolo wrote.

Paolo said Isabelle should “wait until I die before you [can] get away from me.”

Paolo then admitted he knew that “we will all be shamed with this post.”

“But this is what you wanted. We speak here because you are supposedly a millennial, you only listen here because of the number of likes?” Paolo asked.

Paolo ended his post by asking Isabelle to “fix your fucking life first before I will stop ‘fucking up’ your [C]hristmas every year.”