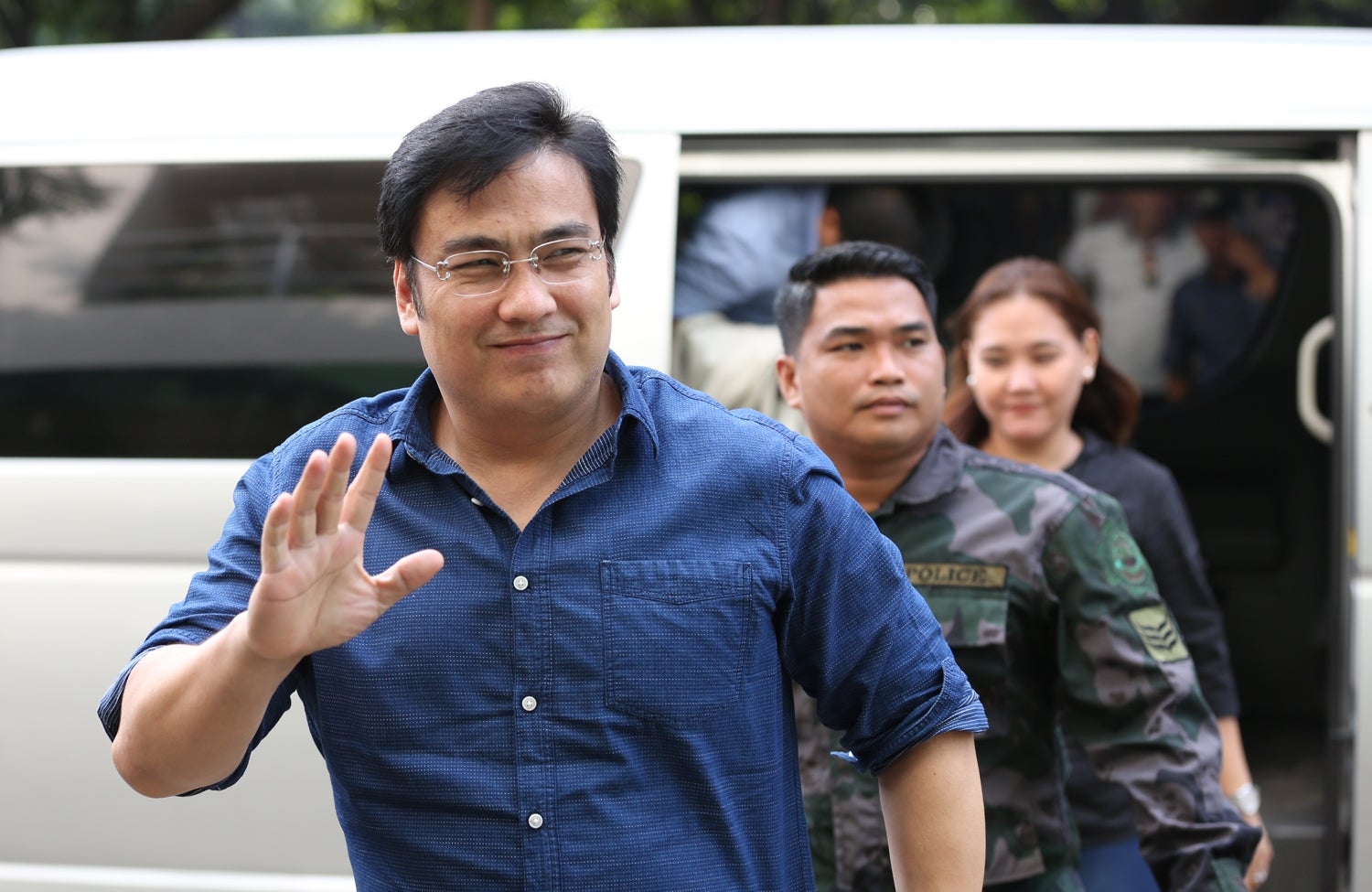 For the first time in four years, former Senator Bong Revilla and his chief-of-staff Richard Cambe would not have to spend Christmas Eve behind bars.

The Sandiganbayan First Division, in two separate resolutions dated Dec. 20, has granted a 10-hour furlough for the two plunder defendants to celebrate the holiday with their families in Cavite.

Revilla and Cambe were allowed to leave their detention cells at the Philippine National Police Custodial Center from 11 a.m. to 9 p.m. on Sunday, Dec. 24.

Revilla would spend his holiday in his residence in Bacoor City, Cavite, while Cambe would be in his brother’s house in Imus City, Cavite. Cambe was also allowed to undergo a dental checkup while outside detention.

The court required the two plunder defendants to shoulder the PNP’s expenses for their personal escorts and security measures.

It also tasked the PNP security detail to supervise the use of any means of communication or electronic gadgets by the two and their companions. Media interviews were also prohibited.

The court did not give weight to the prosecution’s argument that granting the furlough would a “special privilege that is not accorded to an ordinary prisoner and [would] unduly create an impression to the public that accused Revilla… is a favored detainee.”

This would be the first time the two would celebrate Christmas at home since they were detained at the national police headquarters in June 2014, when the Ombudsman filed plunder charges against them in the Sandiganbayan.

Revilla was accused of receiving through Cambe P224.5 million in kickbacks in exchange for diverting his Priority Development Assistance Fund allocations to ghost projects by dubious foundations allegedly ran by Janet Lim-Napoles.

Christmas furloughs for detained high-ranking public officials are not unheard of in the Philippines, which ranked 101st of the 176 countries, or the bottom half, in Transparency International’s Corruption Perceptions Index 2016.

Former President and incumbent Pampanga 2nd Dist. Rep. Gloria Macapagal-Arroyo was allowed to go home for the holidays in 2014 and 2015 while her P366-million plunder case was still pending. /je