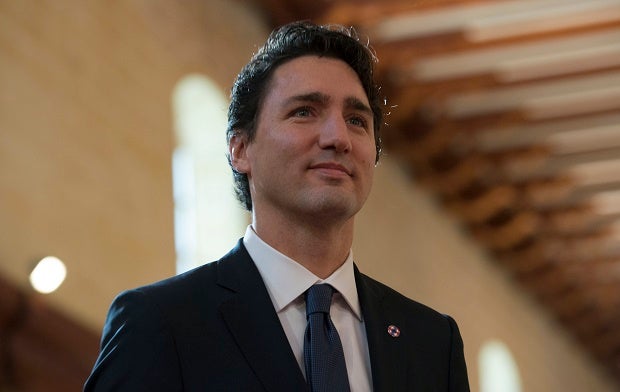 Prime Minister Justin Trudeau broke ethics rules when he and his family vacationed at the private island of billionaire philanthropist and spiritual leader the Aga Khan, Canada’s ethics watchdog ruled on Wednesday.

The breach is the first ever by a sitting Canadian prime minister, but carries with it no sanctions.

In a statement, Ethics Commissioner Mary Dawson said the Trudeau family post-Christmas vacation in 2016 contravened the Conflict of Interest Act.

A March 2016 trip to Bells Cay taken by members of his family also created a predicament for the prime minister, she said.

But, she added, the prime minister did contravene conflict of interest rules by accepting travel to and from the island and accommodations.

“When Mr. Trudeau, as prime minister, accepted the gifts of hospitality from the Aga Khan and the use of his private island in March and December 2016, there were ongoing official dealings with the Aga Khan, and the Aga Khan Foundation Canada was registered to lobby his office,” Dawson said.

“Therefore, the vacations accepted by Mr. Trudeau or his family could reasonably be seen to have been given to influence Mr. Trudeau in his capacity as prime minister,” she said.

The ethics commissioner also found that Trudeau broke the rules when he did not recuse himself from discussions of matters that could “further private interests associated with institutions of the Aga Khan.”

The Aga Khan’s foundation has received hundreds of millions of dollars from the Canadian government to promote development and other projects in several countries.

Trudeau apologized for the ethics violations, telling reporters “I’m sorry” for the “mistake.”

He said he believed the trips would not pose any problems because of an exception in the act that allows lawmakers to accept gifts from friends.

“I’ve always considered the Aga Khan a close family friend, which is why I didn’t clear this family trip in the first place,” he said.

But Dawson found that the pair had not spoken privately other than briefly in 2000 at the funeral of Trudeau’s father, during a span of 30 years prior to 2013.

Opposition Conservative leader Andrew Scheer blasted the prime minister over the ethics breach, saying: “The Liberals continue to believe that there is one set of rules for Liberals and their friends, and another set of rules for everyone else.

“Canadians deserve better than that,” he added.

“There seems to be two worlds,” he said. “On one hand, we have a world where the powerful, the wealthy and the well-connected can break laws and have no consequences, whatsoever.”

“Everyone else has to play within the rules and they’re still struggling to get by,” he also said.

Going forward, Trudeau vowed to clear all family vacations with the ethics watchdog in advance in order to avoid conflicts.

He added that he and his family would be spending Christmas 2017 at the prime minister’s official retreat at Harrington Lake in Gatineau Park before taking a trip to the Canadian Rockies.                      /kga