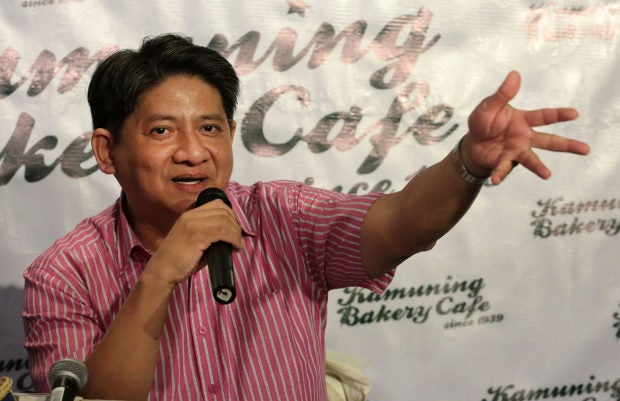 Five more incumbent justices are expected to appear when the House proceedings on the impeachment case against Chief Justice Maria Lourdes Sereno resume in January, according to impeachment complainant Lorenzo Gadon.

“It is still part of their psywar campaign to condition the mind of the public. Despite many lengthy hearings, no credible evidence was presented to prove that CJ Sereno committed an impeachable offense,” Salumbides said.

“They constantly float new names and personalities of those who are supposed to testify against the Chief Justice. It is all part of a propaganda to make it appear that [she] is losing support among her colleagues in the Supreme Court,” he added.

In a press briefing on Monday, Gadon said he would ask the House of Representatives to subpoena the Chief Justice to compel her to appear before the chamber under the pain of arrest.

Gadon said there were issues that only Sereno could answer, such as those regarding her Statements of Assets, Liabilities and Net Worth and her personal data sheet.

Gadon noted that Sereno’s colleagues have already appeared before the House justice committee’s hearings to determine the existence of probable cause to pursue her impeachment.

“If there are justices who could appear, what is the reason for a Chief Justice not to appear?” he said.

But Salumbides disagreed that Sereno could be compelled by Congress to appear because “she is not a witness subject to a subpoena process.”

“CJ Sereno has a Constitutional right to be present or absent. Gadon and his masters and minions cannot brush aside our fundamental laws. They are the ones who deserve to be arrested or held in contempt,” he said.

He said even Majority Leader Rodolfo Fariñas had admitted that the House justice committee had no authority to force the top magistrate to attend its hearing.