‘Worst flooding in Boracay’ due to ‘Urduja’ disrupts residents’ lives 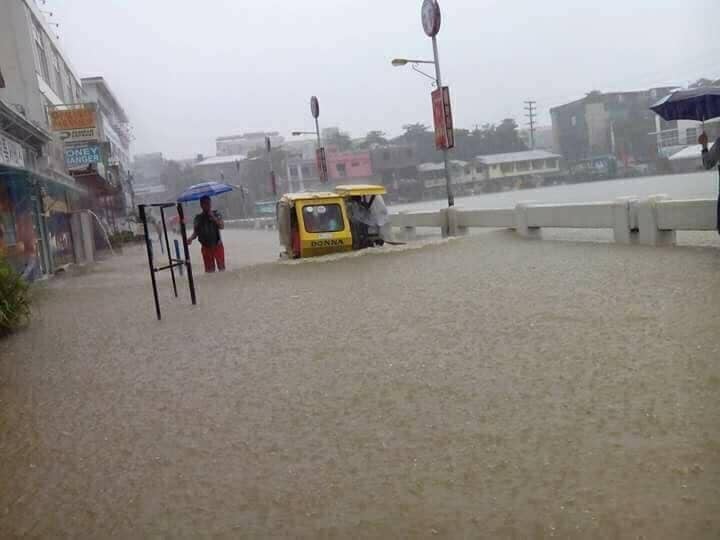 ILOILO CITY—Shiela Flores was on her way to work at a resort on Boracay Island Sunday morning when she was stranded along the main road by rising floodwaters. Tricycle units, the main mode of transportation on the island-resort, had stopped plying the road due to the waist-high flood waters.

“I experienced flooding in Manila but not this high,” Flores, 21, told the INQUIRER in a telephone interview on Monday.

But like many other employees and workers in hotels and resorts, she missed a day’s pay because she was not able to report for work.

The flooding, which affected 90 percent of the roads on the 1,032-hectare island, was the worst to hit Boracay, according to Malay municipal councilor Nenette Aguirre-Graf.

The flood affected houses, hotels and resorts especially along low-lying areas which forced hotels to transfer their guests to higher grounds. Photographs and video clips of residents on paddle and other boats traversing flooded roads became viral. Twenty-six persons including 17 children and nine adults were evacuated Sunday morning, according to Catherine Fulgencio, Malay municipal disaster risk reduction and management officer.

On Monday, staff of flooded shops and resorts were cleaning up debris and removing water from their establishments, said Graf who is also president of the Boracay Foundation Inc., an organization of business operators on the island. Amid the flood, the supply of water was limited or cut off in many areas on the island after the reserved water of the Boracay Island Water Company (BIWC) ran out.

The BIWC had temporarily stopped using water from the Nabaoy River from the mainland of Malay town after the water became turbid and clouded to heavy rains.

Water supply has not returned to normal as of Monday noon.

More than 1,000 tourists were stranded on the island due to the cancellation of trips of passenger boats to the Caticlan port in the mainland.

Graf said the amount of rain dumped on the island from Saturday evening to Sunday was estimated to be equivalent to two weeks of rain.

She said the rains worsened the flooding in areas that are perennially flooded.

The unfinished drainage system being put up by the Tourism Infrastructure and Enterprise Zone Authority (Tieza), an agency under the Department of Tourism, is also being blamed.

He said the area has not been reached by a drainage system being put up by the Tieza.

The project covers most of the eight-kilometer main road which is parallel to the white beach where hotels, resorts and restaurants are concentrated.

Phase I of the project has been completed and the second phase is expected to start next year.

The northern part of the island will be covered under the third phase, said Casidsid.

“We have been using pumps to flush the water (from the road) to a vacant lot. But during heavy rains, we have a hard time flushing it out,” he told the INQUIRER.

Residents have also expressed anger over the flooding and blamed the unregulated development on the island with wetlands being covered for hotels and resorts. Wetlands, including marshes and ponds, provide among others protection from storms and floods by holding water especially during heavy rains. /je