How does ‘DSWD Secretary Loren Legarda’ sound to you? 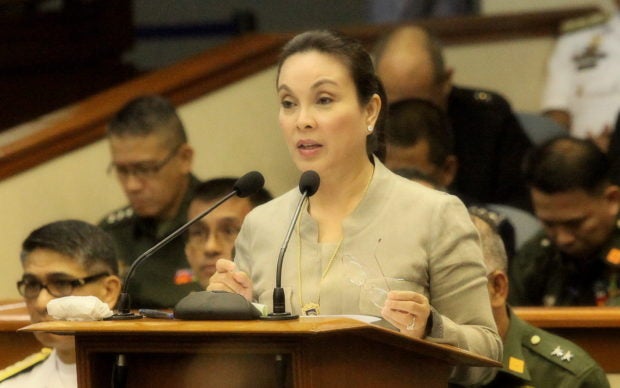 While she intends to finish her term in the Senate, Senator Loren Legarda would, however, want to serve in a “department that would take care of the poor and vulnerable.”

Legarda had this to say when asked in a television interview on Monday about her openness to serve as head of the Department of Social Welfare and Development (DSWD).

“Let me just say that I would want to exercise very strong oversight functions over a department that is very important that takes care of the need of the people,” Legarda said in an ANC interview.

Rumors earlier circulated that it was Legarda whom President Duterte was considering for the DSWD post.

Last August, Duterte said he offered DSWD to a lady senator he did not name. This was after the Commission on Appointments rejected the appointment of former DSWD Secretary Judy Taguiwalo.

The lady senator was still tight-lipped about tittle-tattles that Mr. Duterte indeed offered to her the Cabinet post of DSWD Secretary.

But she said: “All I can say is that I really appreciate the opportunity to be able to serve as a chairman of finance and I think the President hopefully appreciate the work we do, not just myself but the whole senate and I hope to continue and finish the 2019 budget which is a year from now. Let’s take from there.”

DSWD Undersecretary Emmanuel Leyco is currently designated as Officer-in-Charge of the agency.             /kga