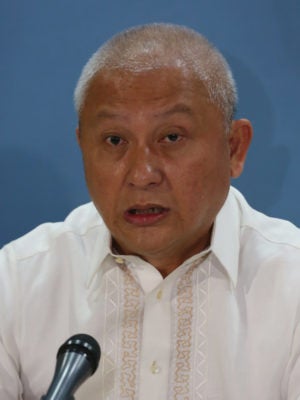 Aquino administration officials responsible for the dengue vaccine fiasco may be liable for graft, Surigao del Sur Rep. Johnny Pimentel, chair of the good government committee of the House of Representatives, said on Sunday.

Those officials may also be liable for technical malversation, according to Sen. JV Ejercito.

The Department of Health (DOH) bought P3.5 billion worth of Dengvaxia vaccines from the French pharmaceutical giant Sanofi Pasteur toward the end of the Aquino administration in a transaction that Pimentel said “may be considered highly detrimental to the government.”

The supplies were paid from an off-budget allocation, meaning it bypassed congressional scrutiny.

“I’m not a lawyer. But as far as I know, all the procurements of the government should have appropriations approved by Congress,” Ejercito said in a radio interview on Sunday.

“Here, it is very clear that the purchase of the dengue vaccine was not in the [General Appropriations Act],” he said.

“For me, it’s … technical malversation,” he said. “It’s because it was not approved by Congress. There was no appropriation for the purchase of P3.5 billion worth of dengue vaccine.”

In a statement, Pimentel likened the vaccine to a “lemon”—someone or something that proves to be defective, imperfect or unsatisfactory.

He referred to Section 3(g) of the Anti-Graft and Corrupt Practices Act, which prohibits officials from entering into “manifestly and grossly disadvantageous” contracts on the government’s behalf.

More than 830,000 children have received at least one dose of Dengvaxia since the DOH launched an immunization program in April 2016.

But on Dec. 1, the DOH halted the immunization program after Sanofi announced the results of new analysis that Dengvaxia could worsen symptoms in vaccinated people who had not been previously exposed to the dengue virus.

The DOH said it was monitoring the health of the children who had been given the vaccine.

Health Secretary Francisco Duque III said last week that he was considering demanding a refund of P1.4 billion in unused vaccines from Sanofi.

He said he was also considering asking the pharmaceutical company to set up an indemnity fund to cover the cost of the hospitalization of people who would come down ill after receiving the vaccine.

Duque also threatened legal action against Sanofi if the company is proven to have withheld information.

Pimentel also urged Sanofi to promptly refund the cost paid by the government and establish an indemnity fund.

“This is the right thing for Sanofi to do. The sooner they give us back the money, the better,” he said.

Pimentel’s committee resumed its previously terminated inquiry on Dec. 13, two days after the Senate opened an inquiry into the DOH debacle.

The speed in the procurement of the world’s first dengue vaccine and the launch of a mass immunization program starting April 2016 was questioned at the hearings held by Pimentel’s committee and Sen. Richard Gordon’s blue ribbon committee.

The dengue vaccine was not originally in the DOH procurement plan for 2016, and was funded only in December 2015.

The Food and Drug Administration approved the certificate of product registration for Dengvaxia only on Dec. 22, 2015.

At the Senate blue ribbon committee hearing on Thursday, former President Benigno Aquino III explained that his administration decided to proceed with the immunization program with the availability of Dengvaxia rather than wait for the new administration coming in in June 2016 without assurance that an inoculation campaign would be carried out.

“The choice is simple: we can implement at this point in time or wait for at least a year as a minimum and expose our people to a risk that could have been prevented because of this vaccine,” Aquino said.

In a statement he read at the start of the hearing, Aquino said no one in his administration objected to the immunization program using Dengvaxia.

His health secretary, Janette Garin, defended the immunization drive but her successor, Paulyn Ubial, alleged congressional pressure on her to press the campaign and blamed the rejection of her nomination by the Commission on Appointments on her opposition to the program. —WITH A REPORT FROM MARLON RAMOS