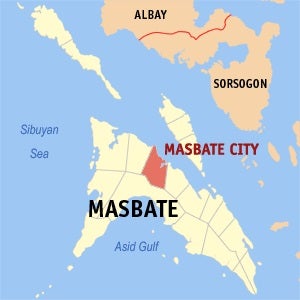 Officer II Alexis Mabini, of the Masbate City Disaster Risk Reduction and Management Office, said emergency evacuation was ordered due to flooding in the villages of Espinosa, Kinamaligan ang Ibingay.

He said evacuation teams accompanied by the Red Cross went to the villages at about 10 p.m. but failed to convince villagers in Espinosa and Kinamaligan to go to evacuation centers.

In Ibingay, only 15 families, or 68 residents fled, Mabini said.

Data released Sunday morning show 150 families, or 634 individuals, were displaced in Masbate City. At least 325 of those evacuated were children and at least 19 were senior citizens. /cbb