Medical cannabis is safe, says WHO 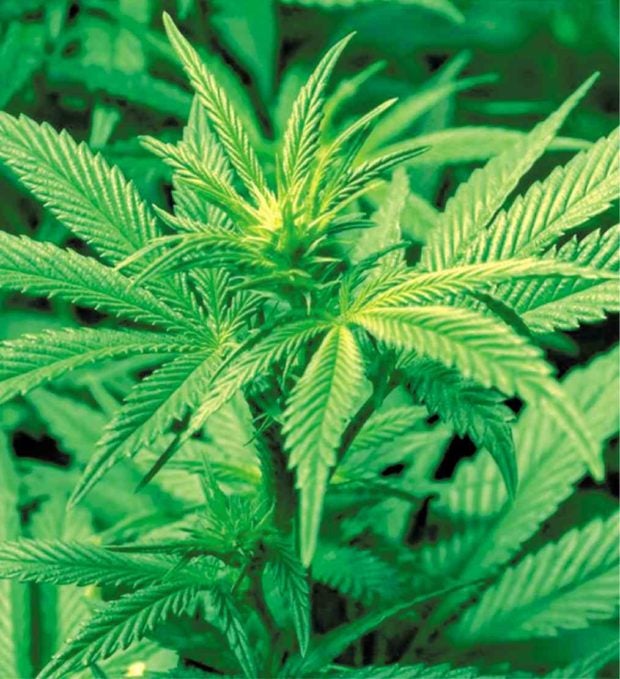 Advocates of medical marijuana in the Philippines found an unexpected ally in the World Health Organization (WHO) when it announced that the use of the substance benefits humans and animals without the risk of addiction.

WHO, the international public health agency of the United Nations, officially recommended on Dec. 14 that cannabidiol (CBD), the relaxant property of cannabis used in medical marijuana, “not be internationally scheduled as a controlled substance.”

The US Department of Justice’s Drug Enforcement Administration lists marijuana as a “Schedule I Controlled Substance, or has no currently accepted medical use in the US, a lack of accepted safety for use under medical supervision, and a high potential for abuse.”

The Philippines’ drug laws, or Republic Act No. 9165 — mostly adapted from the 1961 Single Convention on Narcotic Drugs, as amended by the 1972 Protocol of the United Nations — defines marijuana as a “dangerous drug.”

News of WHO’s reconsideration of CBD, which is said to account for 40 percent of the marijuana plant’s extracts, was reported on Dec. 14 by the London-based dailymail.co.uk and the Denver website westword.com.

Westword.com said that “Raul Elizalde, a medical marijuana advocate and president of hemp-CBD company HempMeds Mexico, spoke with the WHO during its 39th annual meeting of the Expert Committee on Drug Dependence (ECDD) in November.

“Elizalde helped spearhead Mexico’s legalization in June of medical marijuana with less than 1 percent THC (tetrahydrocannabinol), and hoped to persuade WHO to do something similar by not acting—or in this case, not scheduling.”

The ECDD pointed out: “Recent evidence from animal and human studies shows that the use of CBD could have some therapeutic value for seizures due to epilepsy and related conditions. Current evidence also shows that cannabidiol is not likely to be abused or create dependence as for other cannabinoids (such as tetrahydrocannabinol or THC, for instance) … To date, there is no evidence of any public health-related problems associated with the use of pure CBD.”

Likewise, the WHO said there was preliminary evidence that it could treat Alzheimer’s disease, Crohn’s disease, certain forms of cancer, Parkinson’s disease and other serious conditions.

“The WHO report also called for fuller review of CBD in May 2018, when the ECDD will go through a more comprehensive review of cannabis and cannabis-related substances,” westword.com said.

Meanwhile, dailymail.co.uk quoted other parts of the WHO report: “There is increased interest from member states in the use of cannabis for medical indications including for palliative care. Responding to that interest and increase in use, WHO has, in recent years, gathered more robust scientific evidence on therapeutic use and side effects of cannabis and cannabis components.

“Current information does not justify scheduling of cannabidiol,” the report said, and declared that taking medical marijuana would not lead to addiction to THC, the psychoactive property of cannabis that induces a ‘high.’”

The Daily Mail website also spoke to Elizalde, who became an unlikely face for cannabis as he fought to seek treatment for his epileptic firstborn daughter Grace.

“Grace, who once suffered hundreds of seizures a day, could access CBD. Now she suffers a few seizures a day, Daily Mail quoted Elizalde. “I’m ecstatic that these international health leaders agree that CBD is a substance that should not be scheduled and has therapeutic value for a variety of medical conditions.”

The WHO report likewise recommended imposing strong restrictions on fentanyl, a synthetic opioid which had killed thousands of people in America.

In the Philippines, House Bill No. 180, or the proposed Philippine Compassionate Medical Cannabis Act, which seeks to legalize medical marijuana, has been passed by the health committee of the House of Representatives.

The WHO report contradicts the statement on Nov. 7 by 16 medical organizations led by Philippine Medical Association and the University of the Philippines (UP) Manila. The statement said: “We strongly oppose medical cannabis legalization since this will expose our citizenry to unnecessary harm and the risk of poor health outcomes.”

Responding to the medical groups’ statement, Isabela Rep. Rodolfo T. Albano III, principal author of the medical cannabis bill, “called on the authors of the statement not to mislead, confuse and alarm the public by making false, unfounded accusations.”

Albano pointed out that “the bill explicitly provides that the Department of Health, in consultation with the Food and Drug Administration, shall be the principal regulatory agency for the use of medical cannabis.

He also suggested that those opposed to the bill “read it carefully, bearing in mind the interest of the thousands of patients suffering from serious and debilitating conditions who will benefit from the legalization of medical cannabis.”

Albano also reminded them of “the people’s right to affordable, accessible, available quality health care through the development of traditional and alternative health care services and its integration into the national health care delivery system.”

Releasing its own rejoinder, the Philippine Cannabis Compassion Society (PCCS) said: “The bill on medical cannabis has undergone various revisions and amendments, but what remained constant was the refusal of UP Manila to acknowledge the need of the patients to alternative health care.

“We hope that UP Manila will stand by its reputation as a progressive and open-minded institution without bias or prejudice. It is time to bring humanity back in medicine where patient comes first before profits of the pharmaceutical industry.

PCCS—a group composed of patients, parents, advocates and health workers advancing the legal access of patients to medical cannabis as an alternative therapy—said that UP Manila’s National Institutes of Health (NIH) was invited on May 12, 2017, to be part of the technical working group (TWG) in Congress for the hearing of the bill.

During the TWG meeting, the spokesperson, Dr. Leonor Cabral-Lim (chair of the Department of Neurosciences at the UP-Philippine General Hospital) raised the issue that UP NIH be the exclusive center of research for medical cannabis.

PCCS further said: “While UP Manila states that ‘studies on the legalization of medical cannabis have shown increase in cannabis use and dependence and diversion to recreational use …’ the National Academy of Sciences in Washington  held a study and concluded that ‘there is little evidence that the decriminalization of marijuana use necessa-rily leads to substantial increase in marijuana use.’”

Newly appointed Health Secretary Francisco Duque III earlier said that he supported the use of cannabis for selected medical cases, but agreed that measures must be in place to prevent abuse.