In society and in law, definition of consent is a gray area | Inquirer News

In society and in law, definition of consent is a gray area 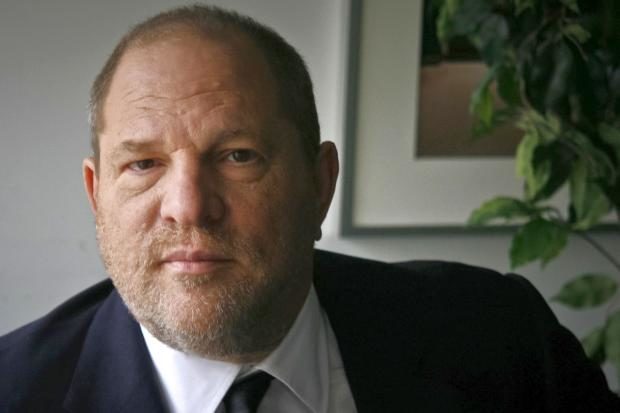 In this photo, taken Nov. 23, 2011, film producer Harvey Weinstein poses for a photo in New York. For two months now, as accusations of sexual misconduct have piled up against Weinstein, the disgraced mogul has responded over and over again with the same words: “Any allegations of nonconsensual sex are unequivocally denied by Mr. Weinstein.” Consent is quite likely to be a central issue in a potential legal case against Weinstein and others accused of sexual assault in the current so-called “reckoning.” ((Photo by JOHN CARUCCI / AP)

For two months now, as accusations of sexual misconduct have piled up against Harvey Weinstein, the disgraced mogul has responded over and over again: “Any allegations of nonconsensual sex are unequivocally denied.”

Consent is a concept central to law on sexual assault, and will likely be an issue in potential legal cases against Weinstein, who is under investigation by police in four cities, and others accused in the current so-called “reckoning.”

But the definition is a matter of intense debate: Is it a definite “yes,” or the mere absence of “no”? Can it be revoked? Do power dynamics come into play? And legally, the definition varies state by state.

“Half the states don’t even have a definition of consent,” says Erin Murphy, a professor at New York University School of Law who’s involved in a project to rewrite a model penal code on sex assault. “One person’s idea of consent is that no one is screaming or crying. Another person’s idea of consent is someone saying, ’Yes, I want to do this.’ And in between, of course, is an enormous spectrum of behavior, both verbal and nonverbal, that people engage in to communicate desire or lack of desire.”

“It’s pretty telling,” Murphy adds, “that the critical thing most people look to understand the nature of a sexual encounter – this idea of consent – is one that we don’t even have a consensus definition of in our society.”

Many victim advocates argue that a power imbalance plays a role. In nearly every instance, the allegations in recent weeks came from accusers who were in far less powerful positions than those they accused – as in, for example, the rape allegations that surfaced this week against music mogul Russell Simmons, which he denies.

“You have to look at the power dynamics, the coercion, the manipulation,” says Jeanie Kurka Reimer, a longtime advocate in the area of sexual assault. “The threatening and grooming that perpetrators use to create confusion and compliance and fear in the minds of the victims. Just going along with something does not mean consent.”

Many Weinstein accusers have spoken about that uneven dynamic. For years Weinstein was one of the most powerful men in Hollywood, and most of his alleged victims were women in their 20s, looking for their first big break. A number have indicated that his power – and fear of his retribution, both professional and physical – blunted their ability to resist his advances. Actress Paz de la Huerta, who has accused Weinstein of rape, said in a TV interview: “I just froze in fear. I guess that would be considered rape, because I didn’t want to do it.”

One woman who did manage to escape Weinstein’s advances in a 2014 hotel-room encounter addressed the power imbalance in a recent essay. The very word “consent,” actress and writer Brit Marling wrote in the Atlantic, “cannot fully capture the complexity of the encounter. Because consent is a function of power. You have to have a modicum of power to give it.”

The anti-sexual violence organization RAINN tracks the various state definitions of consent. The differences make for a situation that is “confusing as hell,” says Rebecca O’Connor, the group’s vice president of public policy.

For many years, O’Connor points out, “we had this he said-she said mentality, where you went into court and if you couldn’t prove that you didn’t consent, the activity was deemed consensual.” Also, most states required that the accuser show force was used, to show lack of consent.

“Of course, our thinking and understanding of these cases has evolved tremendously, and so states have acted in response to that,” she says. “What we’re finding is especially at moments like this – when it’s impossible to ignore the conversation — they are … re-evaluating the factors that play into the definition of consent and how it can be expressed.”

For example, O’Connor says, North Carolina is looking at its law that doesn’t allow consent to be revoked once it’s been given – which means that if an encounter turns violent, as in a recent reported case, the accused cannot be charged with rape because the woman consented at the beginning.

And several states have passed laws requiring affirmative consent – going further than the usual “no means no” standard to require an actual “yes,” though not necessarily verbal. Among those states: Wisconsin, California and Florida. In Florida, consent is defined as “intelligent, knowing, and voluntary consent and does not include coerced submission.”

“We’re not there yet,” O’Connor says, “but a lot of states are starting to move the wheels on this.”

The varying definitions of consent can lead to confusion among the people who most need to understand them.

Reimer, the victims’ advocate, recalls a Wisconsin case in which a woman had experienced a violent sexual experience with a boyfriend she was trying to break up with. She had consented to sex at other times in their relationship, but was no longer interested. This time, she said no at first, but then stopped resisting as he became more agitated and her children slept nearby.

“She thought she had consented, because she had consented before,” Reimer says. “I told her that just because you consent once, it’s not a blanket consent. Then she got it – that this time it was rape – and she got angry.”

Murphy, at NYU, says that when the American Law Institute began a project several years ago to rewrite sex assault laws in its 1962 Model Penal Code, consent was the first thing it tied to define. The institute – an elite body of judges, lawyers and academics – issues model laws that are often adopted by state legislatures. The project is aimed at updating the laws and dropping some particularly outdated notions, like the idea that rape cannot occur within a marriage.

“It’s been a laborious process,” notes Murphy. It took about five years to achieve the current consent definition, which recognizes that the essence of consent is willingness – but that how willingness is expressed depends on context.

Murphy says it remains to be seen whether the huge attention now being paid to sexual misconduct will accelerate the process of rewriting laws, or – as in the recent roiling debate over college campuses – make it more complicated. At RAINN, O’Connor says she is hopeful that state lawmakers will pick up the pace of updating their laws with new understandings of concepts like consent.

“We’ll see how all this plays out, because when you train the national spotlight on it, suddenly action is born,” O’Connor says.

Also unclear is how eager prosecutors will be to bring cases where new, expanded definitions of consent come into play, notes attorney Gloria Allred, who represents a number of Weinstein victims and has been handling such cases for a good 40 years. She’s not so sure.

“A prosecutor is going to need to hear that the woman said ’no,’” Allred says. “That’s maybe not going to be stated in the law. But I’m dealing with real life. We could argue all day long if it’s right or wrong, but that’s the reality.”