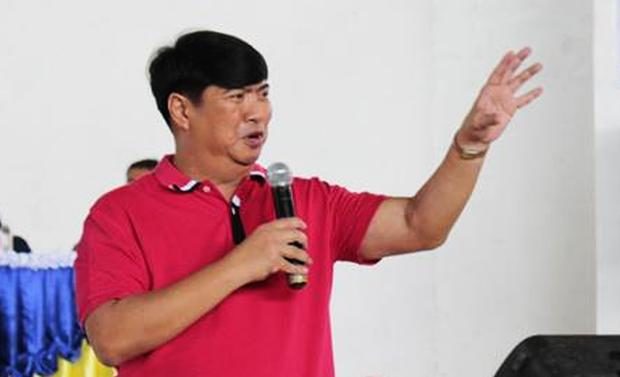 “It is the work of Congress to scrutinize budgets submitted to it by departments such as the DOH [Department of Health] and for projects to be implemented in the different congressional districts,” Garin said in a statement.

He said records of the budget hearings “will speak that I only asked her if it is true that some children in NCR [National Capital Region] will only receive two doses [of the vaccine] and [if they] will pay for the third dose.”

[It was a simple question by a lawmaker. I didn’t know that Secretary Ubial views that as pressure. I do hope this somehow clarifies things.]

During a joint hearing of the Senate blue ribbon and health and finance committees, Ubial said that Garin was one of the representatives who had asked her “to buy more dengue vaccine and put it in the 2018 budget.”

Ubial also said that her confirmation as DOH secretary was “prejudiced” due to her opposition to the anti-dengue vaccination drive.

Representative Garin pointed out in his statement that he was not a member of the Commission on Appointments (CA).

“The record of the proceedings and findings of the CA on why Ubial was rejected is of public record and I understand it was for many reasons,” he said.

The legislator, representative of Iloilo’s first congressional district, is the provincial chair of the ruling Partido Demokratiko Pilipino–Lakas ng Bayan (PDP-Laban) and belongs to the one of the biggest political clans in Iloilo.

Allies of former President Benigno Aquino III in the Liberal Party, the Garins were among those who joined the PDP-Laban soon after the May 2016 elections.

The clan’s patriarch, Guimbal Mayor Oscar Garin, supported the Duterte in the elections even though he was an LP leader, while other family members campaigned for former Interior Secretary Manuel “Mar” Roxas II.

Oscar’s wife Ninfa is the incumbent mayor of San Joaquin town in Iloilo.

One of their daughters, Christine “Tingting” Garin, is Iloilo vice governor, while another daughter, AAMBIS-Owa party-list Rep. Sharon Garin, is deputy speaker. /atm