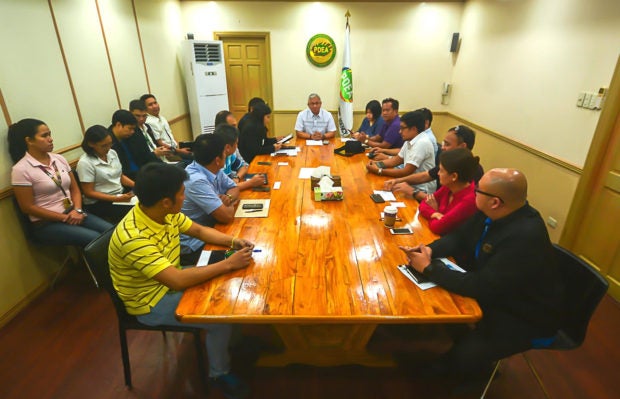 “PDEA is expected to acquire an additional 100 NDDs (narcotic detection dogs) in 2018 with training worth P500,000 for each dog,” PDEA director general Aaron Aquino said in a statement on Saturday.

The PDEA K9-unit currently has 52 NDDs and 57 handlers in 17 regions nationwide, Aquino said.

The PDEA chief announced the planned acquisition following a meeting with foreign express delivery and domestic courier services on Friday.

The meeting was scheduled in light of the recent seizures of shabu, cocaine and ecstasy discovered concealed inside packages entering the country, Aquino said.

Aquino said he met with delivery and courier services after the latter agreed with their efforts to intercept narcotics being smuggled into the country.

Drug syndicates have been using mail and parcel system to transport narcotics into the country, according to the PDEA chief.

“They believed that the safest way to move illegal drugs covertly is through mail, because detection is much lower due to anonymity and use of fictitious names to mislead authorities,” Aquino said.

“The absence of human contact in transporting dangerous drugs makes it nearly impossible to identify its owner,” he said.

“PDEA also requested them to provide the agency a small and secured room to inspect suspected parcels containing dangerous drugs. This would prevent possible security breaches and inside job,” Aquino said.

The operations led to the seizure of millions worth of illegal drugs and arrests of consignees since 2013, the PDEA chief said.