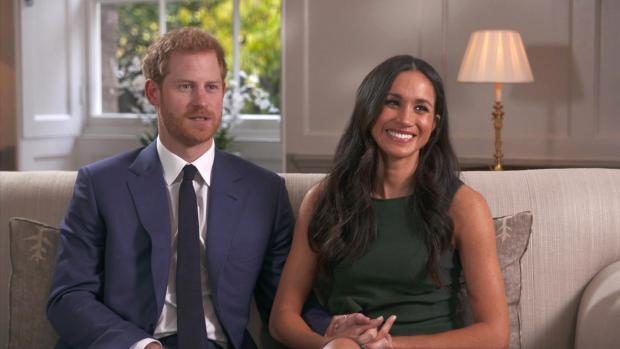 In this photo taken from video Britain’s Prince Harry and Meghan Markle talk about their engagement during an interview in London, Monday, Nov. 27, 2017. It was announced Monday that Prince Harry, fifth in line for the British throne, will marry American actress Meghan Markle in the spring, confirming months of rumors. (Pool photo via AP)

The couple have chosen a springtime Saturday for their wedding and a venue that holds a central place in the history of the royal family.

Windsor Castle, west of London, is one of Queen Elizabeth II’s main residences. The 15th-century chapel is as historic but more intimate than Westminster Abbey, where Harry’s older brother William married Kate Middleton in 2011.

The prince and Markle announced their engagement last month after an 18-month romance.

The 33-year-old prince, who is fifth in line to the British throne, and the 36-year-old American actress met through a mutual friend in 2016 and managed to keep their relationship secret from the media for several months.

The wedding date presents a potential conflict for Prince William, however.

William is president of the English Football Association, and May 19 is the date of the FA Cup final, one of the biggest English soccer games of the year. William attended this year’s match and presented a trophy to the winner, Arsenal.