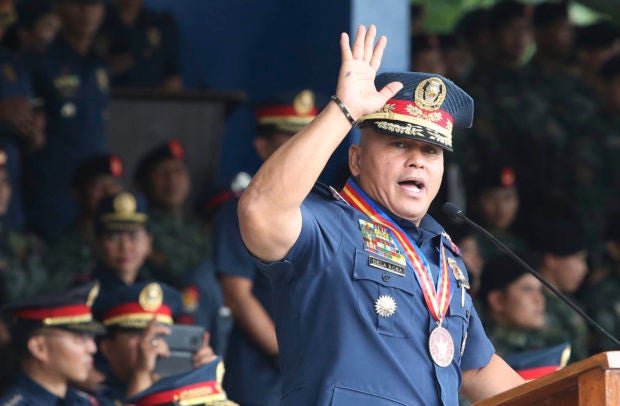 Philippine National Police Director General Ronald “Bato” dela Rosa was profusely thankful for the term extension that President Duterte announced on Wednesday and said he almost choked when he was told about it.

“I was really surprised. I was eating at [a] boodle fight … and [President Duterte] turned to me and said, ‘You’re extended.’ I almost choked,” Dela Rosa said at the PNP General Hospital in Camp Crame on Thursday.

Dela Rosa was supposed to retire on Jan. 21 when he reaches 56, the mandatory retirement age for the uniformed services, but Mr. Duterte announced he would be extended for two or three months before he is appointed director of the Bureau of Corrections (BuCor).

Dela Rosa was already imagining what he would do to jailed drug lords when he assumes the BuCor helm:

“When I get there after my extension I will account for everyone, where you are, what you are doing and I will see to it that you can no longer traffic illegal drugs inside the prison,” he said.

“That is the reason the President wants me there, to end your merry days of selling and trafficking illegal drugs,” he added.

But before he goes to the BuCor in March or April, Dela Rosa said Mr. Duterte wants him to focus on anti-illegal drugs and antiterrorism operations, particularly against the New People’s Army and on martial law in Mindanao.