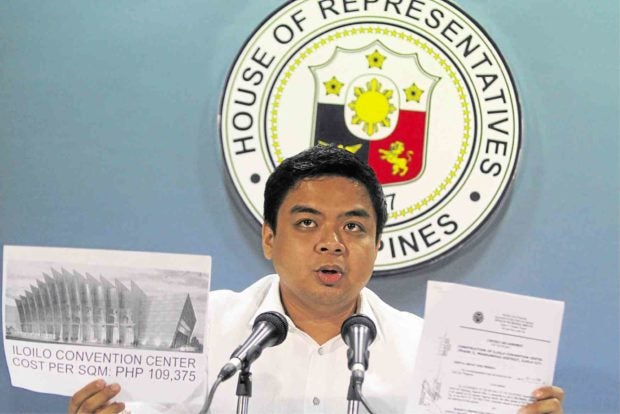 Days after he was fired by the President for his frequent trips overseas, former Presidential Commission for the Urban Poor (PCUP) chair Terry Ridon maintained that the agency had submitted reports of its programs and activities to Malacañang, contrary to what President Duterte earlier said.

On Tuesday, Mr. Duterte fired Ridon and PCUP’s four commissioners whom he said were notorious for going on “junkets abroad.” The PCUP also failed to submit reports to him about its poverty alleviation programs, the President added.

But according to Ridon, all their programs and activities were submitted to the Office of the Cabinet Secretary which has supervision over PCUP.

“In fact, the President [through the Presidential Management Staff] was advised about the groundbreaking and inauguration of a water services project in Taytay, Rizal but sent only Cabinet Secretary Leoncio Evasco to represent him,” he said in a text message.

The project reduced the water rate from P50 per cubic meter to P15 per cbm, he added.

Another reason Mr. Duterte gave for sacking Ridon was his numerous trips abroad, with the President questioning Ridon’s acceptance of every international invitation that came his way.

The former PCUP chair, however, said these trips were covered by the proper travel authority from Malacañang.

On his Facebook page, Ridon said that when he went to the 6th Asia Pacific Ministerial Conference on Housing and Urban Development in India last year, he deliver the Philippine statement on the administration’s reforms to improve the plight of the poor.

Mr. Duterte, however, reminded officials about to leave for abroad to get permits from his office first so that he could determine if their trips were worthwhile.

The President said he was looking for Ridon’s replacement—someone who would be from the urban poor but with the brains for the job.