Grace Poe, Susan Roces give away gifts in Manila cemetery 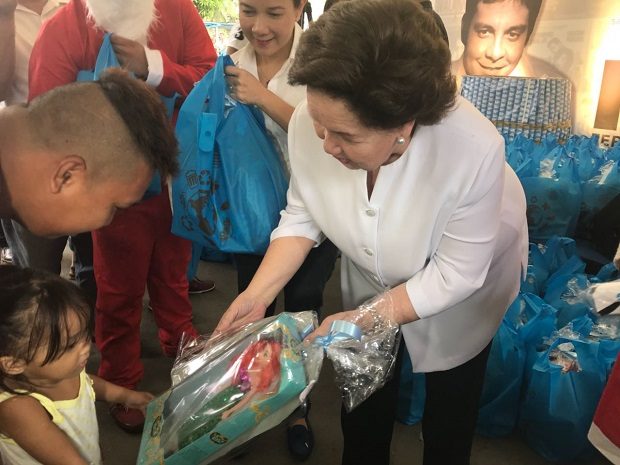 As part of their annual holiday tradition, Sen. Grace Poe and her mother, actress Susan Roces, gave away Christmas gift packs to 150 families in Manila North Cemetery on Thursday.

Poe and Roces were at the cemetery to commemorate the 13th death anniversary of actor Fernando Poe Jr. (FPJ), popularly known as “Da King,” who died in 2004 from brain aneurysm.

Poe said they chose to give away presents to the families in the cemetery this year instead of an orphanage to fulfill FPJ’s then promise to the children to come back to the cemetery and give away gifts.

(Mama told me before that papa had said he would come back to give away toys. She never told me about it then. So now, at least it’s a chance to fulfil his promise. It’s Christmas anyway.)

Poe and Roces thanked the public for remembering FPJ even years after his death. /cbb