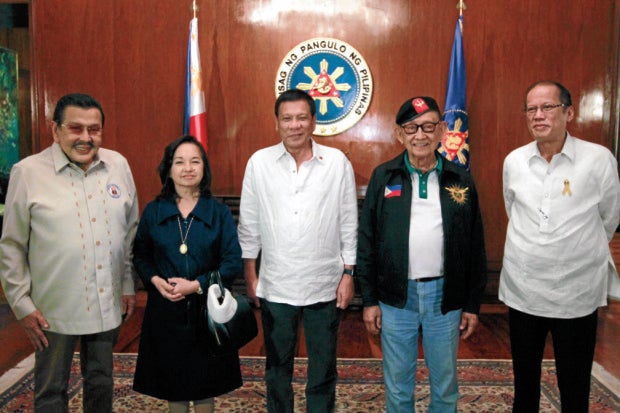 His predecessors have nothing to fear, at least from him.

President Duterte on Wednesday said he was not wont to go after former presidents.

“But to be filing cases against a former president, that’s not my attitude. It’s true,” Mr. Duterte said at a benefit dinner for Marawi.

He also made a reference to a message from Kris Aquino, sister of former president Benigno Aquino III.

He was apparently referring to Kris’ text message earlier this year asking him not to imprison her brother. At that time, he also told her he was not into the habit of sending political opponents to prison.

On Wednesday, Mr. Duterte said he had not even filed cases against an opponent, former Davao City Rep. Prospero Nograles, who had sued him several times.

“Not once did I retaliate,” he said.

He would rather fight it out, he said.

“I want to kill you if I see you. If we get unlucky and our talks get nowhere, then I’ll just shoot you. Why would I file cases? That’s what I told Boy [Nograles’ nickname],” he said.