‘4 Justices testimonies damning enough to establish probable cause vs Sereno’ 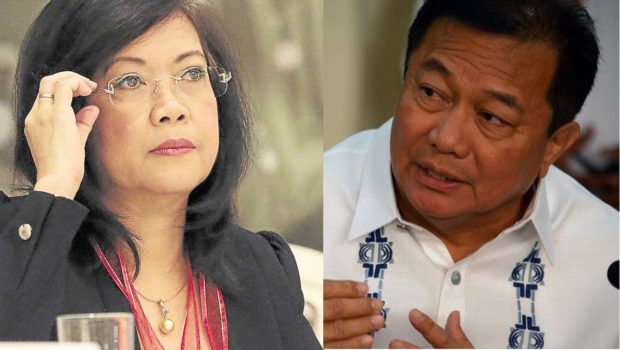 The testimonies of four Supreme Court Justices in the House justice committee’s impeachment hearing against Chief Justice Maria Lourdes Sereno were damning enough to establish probable cause against her, at least according to Speaker Pantaleon Alvarez.

Asked whether he thinks there is probable cause to oust the chief magistrate, Alvarez said: “Sa tingin ko sobra-sobra pa.”

The committee, chaired by Oriental Mindoro Rep. Reynaldo Umali, is conducting hearings to determine whether there is probable cause to pursue with the impeachment complaint against Sereno.

Alvarez also said that there was presumption of credibility on the part of the SC justices who willingly testified under oath at the House hearings.

Aside from the four justices, Umali earlier said that three more incumbent justices expressed their willingness to appear before the committee, including Associate Justice Samuel Martires and Mariano del Castillo.