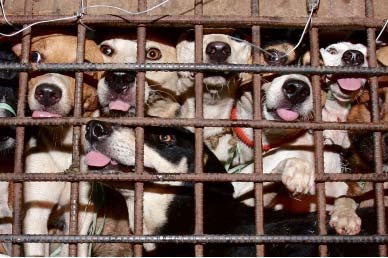 Those responsible for the reported deaths  of more than  30  dogs while being  transported  to a show in Marikina last December 2   could  face  up to  90  years imprisonment,   Senator  Francis   Pangilinan warned on Tuesday.

Aside from jail time, Pangilinan said the responsible might also be slapped with a fine of up to P7.5 million.

“We are enraged by reports that 30 dogs that were arranged to take part in an annual dog show died after being transported in a closed van,” he said in a statement.

While the Philippine Canine Club Inc. acknowledged that the incident happened during the Beagle Fanciers Club Dog Show,   the senator found its action “sorely lacking amid the tragic fate suffered by the dogs.”

He noted that in a statement posted on Facebook, the club “merely” said it would have a trial board “to immediately commence a speedy and impartial investigation on the matter.”

“While we respect the club’s internal processes, it must be noted that the incident violated certain provisions of Republic Act 10631 or the Amended Animal Welfare Act.  The negligent person should not face mere suspension but penalties imposed by the law if proven guilty,” Pangilinan said.

“As chairperson of the Senate Committee on Agriculture in the 15th Congress, we worked hard to have the original law amended to give it more teeth against violators and to make it more responsive in protecting and promoting animal welfare,” he said.

The senator pointed out that Sections 3 and 4 of the law deal with the supervision and regulation of establishments, including those involved in training of dogs and in their transport.

Also under Section 7 of the law, a maximum penalty would be imposed if a liable person is found guilty of leaving an animal in circumstances likely to cause, or if this abandonment results in, its death, Pangilinan said.

“If 30 dogs died in the incident as reported, that would be 30 counts, with maximum penalties of up to 90 years’ imprisonment and/or P7.5 million fines,” the senator said.

“It’s time to stop treating animals as mere commodities. How we regard animals show our capacity for empathy and decency, kindness and humanity,” he further said.     /kga