3 PNB execs to be tried for behest loans | Inquirer News

3 PNB execs to be tried for behest loans 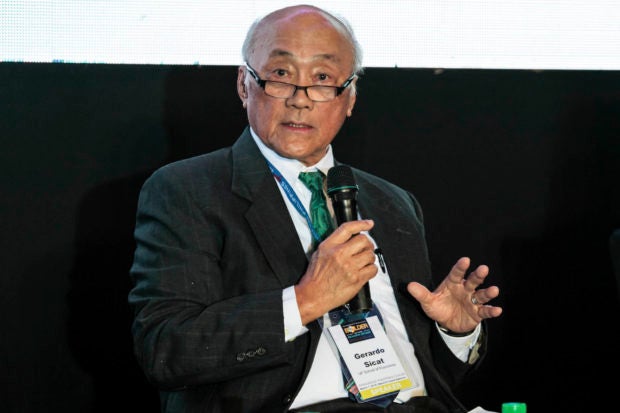 State prosecutors have filed graft charges in the Sandiganbayan against three surviving board members of Philippine National Bank (PNB) for granting roughly P200 million in behest loans to “cronies” of the Marcos dictatorship 37 years ago.

Behest loans are loans that state banks extended to private companies, or guaranteed on their behalf, on orders of former President Ferdinand Marcos. These run into tens of billions of pesos and form part of the public debt that Filipinos are paying.

Gerardo Sicat, who is also Marcos’ minister of economic planning, was charged with two counts each of violating Sections 3(e) and 3(g) of the Anti-Graft and Corrupt Practices Act.

PNB board members Manuel Morales and Fernando Maramag were charged with one count each of violating the two graft law provisions.

The recipient of the loans was Hercules Minerals and Oils Inc. (HMOI), whose four officers — Manuel Syquio, Rafael Atayde, Honorio Poblador Jr. and George Scholey — were slapped with five counts each of violating Sections 3(e) and 3(g) of the graft law.

Section 3(e) prohibits public officials from causing undue injury to the government and giving unwarranted benefits to private parties, while Section 3(g) penalizes those who enter into disadvantageous contracts on behalf of the government.

The cases concerned P161.015 million and $6.171 million (or P49.26 million at exchange rates at the time) in loans to HMOI through five transactions from February 1980 to March 1982. The loans were approved “with extraordinary speed,” according to state prosecutors.

This was despite the fact that HMOI was “undercapitalized.” Its collateral, valued at P94.656 million, was not only insufficient but also used repeatedly for the five different loans.

Graft Investigation and Prosecution Officer III Lolita Simeona Micu-Bravo of the Office of the Ombudsman alleged that “HMOI’s officers were identified as cronies.”

PNB board members Morales and Maramag on Feb. 1, 1980, granted a $17-million (P125.29 million) loan to HMOI purportedly to be used to develop and extract from the Bully Bueno copper deposits in Dingras, Ilocos Norte.

Then, on Feb. 9, 1981, Renato Tayag, Ismael Reinoso, Generoso Tanseco, Ruben Ancheta, Geronimo Velasco and Edgardo Tordesillas granted HMOI another a $1.971-million loan and an advance of P11.325 million to cover cost overruns and meet immediate funding requirements to prevent the copper project from being interrupted.

Tayag and the five other former PNB board members were not indicted as they had already died.

On June 22, 1981, the late board members granted a P20-million “export advance” against the $3.8-million letter of credit opened in HMOI’s favor by Dai-Ichi Kangyo Finance (HK) Ltd.

Six months later, on Dec. 18, 1981, Sicat and the late board members extended a $4.2-million loan to HMOI to refinance the interest on the firm’s loans from PNB.

On March 1, 1982, Sicat and the late board members approved another P4.4-million loan supposedly to refinance the short-term loan incurred in the purchase of equipment for the copper project.

Prosecutors noted the previous obligations were already “overdue and maturing” at the time of the last loan.

Lawyer Liezel Chico of the Presidential Commission on Good Government, the agency mandated to go after officials and cronies who allegedly profited off public money during the Marcos regime, would be presented as a prosecution witness.