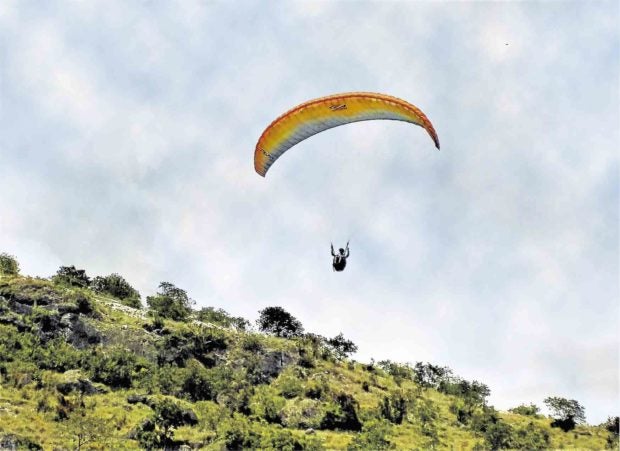 When Sarangani province was carved out from the coastal towns of South Cotabato province in 1992, Manny Pacquiao was a 12-year-old lad who had yet to climb the boxing ring and probably unaware of his becoming a boxing great and senator.

Just like him, however, Sarangani would be a promising contender who can slug it out on the tourism ring.

Named after the Sarangani Bay, one of the country’s richest fishing grounds, the province is dissected by General Santos City, thus creating the so-called “east” and “west” coasts.

Maasim town is noted for its extreme adventures — scuba diving and paragliding.

Lemlunay Resort, whose name is derived from the B’laan word “paradise,” is the jump-off point to Tinoto Wall, which boasts of rich marine life.

True-blue adventurers can take to the sky paragliding from the hilltop Safi Ranch Fly Site, which aerosports aficionados have regarded as among the best in the country with some 300 flyable days. The site hosted the International Paragliding Accuracy Competition in 2014 and the the Paragliding Accuracy World Cup in 2015, which drew 65 pilots from seven countries.

At nearby IML Ecopark Resort, zipline junkies can glide above the hills or shoot a few rounds at the firing range.

Kiamba town is famous for its Tuka marine park, a hidden cove and marine sanctuary ideal for snorkeling and free diving.

A few kilometers away is Bocay-el Falls, multitier cascades to icy waters where one can enjoy a refreshing dip.

In the western edge of Sarangani is Maitum, one of the country’s cradles of civilization as evident in the 2,000-year-old burial jars of anthropomorphic beings dug up in Barangay Pinol.

Now on display at the National Museum, the jars have been described as an “exceptional archaeological assemblage and unparalleled in Southeast Asia.” Replicas of the artifacts are found at the museum of the municipal hall.

A must-try in the town is the Pangi River whitewater tubing, a 2-kilometer ride pumped up by an adrenaline rush.

Malungon, the only landlocked municipality, is the ecocultural hub.

Lamlifew Village Museum, the first of its kind in the country, which is a repository of ethnic heritage, especially a weaving tradition of the exquisite “mabal tabih” fabric.

Its adjunct B’laan School of Living Traditions was recently given the BPI Foundation Sinag Accelerate 2017 Award, which helps social entrepreneurs scale up their ventures and magnify community impact. Tucked in the interior barangay of Datu Tampal, it is accessible by public transport, or through an adventurous 11-km ATV or buggy ride from the 3Doe Ecopark along the national road. 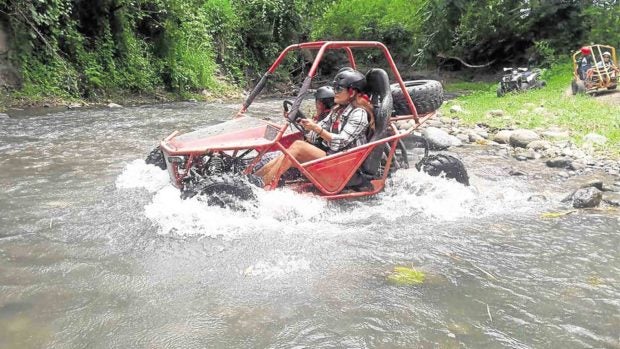 A new attraction is the 2,677-foot high Kalon-Barak Skyline Ridge, which offers a commanding view of Mt. Apo, Mt. Matutum, Sarangani Bay and Davao Gulf, and is ideal for picnics, camps and close-to-nature activities.

Farther into Malungon’s uplands is the Tagakaolo tribe, one of the less-known but equally colorful indigenous groups.

In Alabel town stands the neoclassical provincial capitol complex. Its open spaces are ideal for a stroll, civic events or kite-flying.

A marine museum inside the compound showcases the Sarangani Bay’s rich aquatic resources.

Malapatan town is another weaving hub. 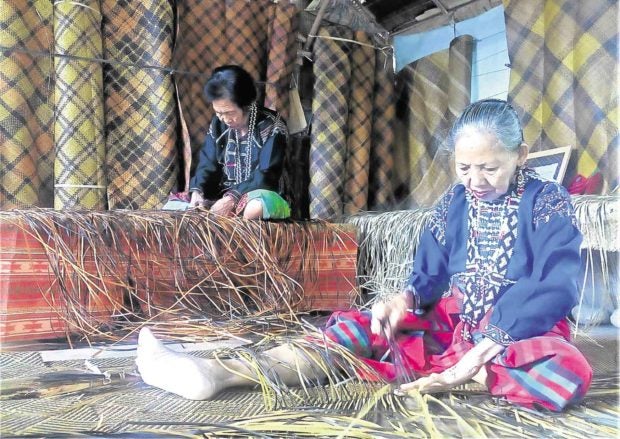 Dubbed the “Boracay of Mindanao,” the mile-long stretch of powdery white sand and crystalline water is a quiet escape without the madding crowd of commercialized beaches.

Complementing the escapade is the “Great Gourmet Getaway,” a gustatory tour of homegrown restaurants and trips of the Bangsi Cruise around the bay’s picturesque coasts.

Glan is also regarded as a “heritage village.” Well-preserved American-era art deco ancestral homes give a glimpse of the town’s checkered past.

Now on its silver jubilee, Sarangani is showcasing its economic progress and strides in governance for the past 25 years. And just like Pacquiao, it has earned a couple of awards that it considers its “championship belts.”

Sarangani was recently named by the National Competitiveness Council as the 6th most competitive province in the Cities and Municipalities Competitiveness Index, which ranks local governments annually on productivity. It leapt 18 notches higher from No. 23 last year due to the improved performance of individual towns.

The province was also cited as the most successful project of the Department of Agriculture’s Special Area for Agricultural Development (Saad) for its efficient implementation.

During a visit last October, Agriculture Secretary Manny Piñol lauded Sarangani and completed the P100-million grant under the Saad. He committed P30 million in livelihood aid to T’boli farmers and a slaughterhouse, among others.

On the tourism front, the SarBay Festival and MunaTo Festival have been named Pearl Award runner-up winners several times by the Association of Tourism Officers of the Philippines.

With this string of accolades, local leaders led by Gov. Steve Chiongbian Solon hope to bail out the province from among the country’s 10 poorest list and eventually make it a world-class champ with a knockout punch. —CONTRIBUTED