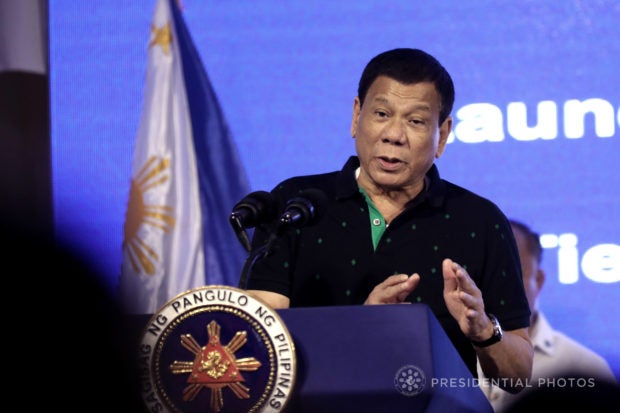 President Rodrigo Duterte cannot just order the mass arrest of Communist Party of the Philippines (CPP) leaders as its members are still covered by the Joint Agreement on Safety and Immunity Guarantees (JASIG).

Militant lawmakers pointed this out on Thursday in reaction to Duterte’s pronouncement that he will have communist leaders arrested after signing a proclamation declaring CPP and its armed wing New People’s Army (NPA) as a terrorist group.

The JASIG is an agreement signed by the Philippine government and the National Democratic Front (NDF), CPP’s political wing, in February 1995. It guarantees safety and immunity to negotiators, consultants and other personnel joining the peace talks.

Zarate said that until Malacañang issues a formal termination of the JASIG, the leaders could not be arrested.

Also, the termination will only take effect 30 days after its date of issuance.

About 32 political prisoners were released before the peace talks were halted. They included the CPP’s top cadres, couple Benito and Wilma Tiamzon, Alan Jazmines and Tirso Alcantara.

“For those who are out temporarily, you just maybe zero-in on now, because any day now, I will order for their mass arrest. Wala akong magawa eh. Ginusto ninyo (I cannot do anything about it. You asked for it), I’m addressing them to the TV, ginusto ninyo e (you asked for it),” Duterte said in a speech last Wednesday.