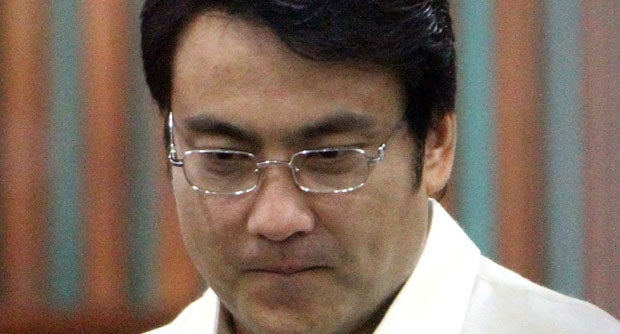 The Sandiganbayan has dealt a blow to detained former senator Bong Revilla Jr., denying permission to file a demurrer challenging the sufficiency of the prosecution’s evidence in his P224.5-million plunder case.

The First Division in an open court hearing on Thursday said Revilla and his coaccused have to rebut the Ombudsman’s evidence head-on, instead of cutting the trial short by way of a demurrer.

“After considering the evidence admitted by the Court… the Court is of the view that there is a need for the accused to present evidence,” said Associate Justice Efren dela Cruz, the division chair.

The justice said Revilla, as well as his chief-of-staff Richard Cambe and businesswoman Janet Lim-Napoles, can still file their demurrers within 10 days—but at the risk of losing their chance to present evidence in their defense.

At the sidelines of the hearing, Revilla’s lawyer Estelito Mendoza told reporters: “I think the reason for this, I cannot speak for the court, is that the court denied bail on the ground that the evidence is strong.”

The Ombudsman’s evidence include the testimonies of whistleblowers including Napoles’ financial officer Benhur Luy, the Anti-Money Laundering Council’s report on Revilla’s bank transactions, and the testimonies of local government officials who attested that Revilla’s pork barrel-funded projects were never implemented.

Mendoza reiterated the evidence was not strong enough to convict Revilla for plunder even without rebuttal by the defense.

He argued Revilla’s endorsement of dubious nongovernment organizations allegedly controlled by Napoles was not in itself a criminal act required by the plunder law for charges to prosper.

“I think our position that the information has not charged the offense of plunder is very solid because the alleged overt criminal acts are not illegal, are not criminal,” he said. “There is no evidence that Revilla received a single peso from the P224 million of ill-gotten wealth.”

A downcast Revilla, meanwhile, said nothing to reporters besides: “Merry Christmas.”