DOJ to ask court to declare CPP-NPA a terror group 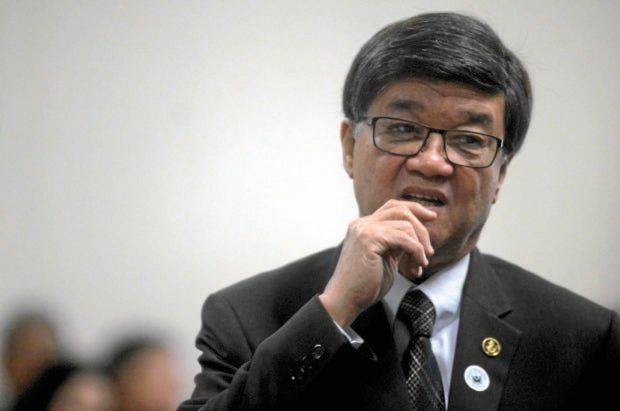 The Department of Justice (DOJ) will ask the Regional Trial Court to legally declare as a terrorist group the Communist Party of the Philippines (CPP) and its armed wing, the New People’s Army (NPA).

Justice Secretary Vitaliano Aguirre on Wednesday said he would create a team of prosecutors to file the formal petition in court.

Under Section 17 of Republic Act No. 9372, or the Human Security Act of 2007, the DOJ must first seek clearance from the court before an organization, association or group of persons could be declared a terrorist and outlawed group.

Aguirre said he was confident the lower court would grant the government’s request following President Duterte’s decision to issue a proclamation naming the CPP and NPA as terror organizations on Tuesday, a move that officially broke Mr. Duterte’s close ties with the Left.

“It has excellent chances (of being approved) because of the numerous supporting evidence we have (showing) that they are committing terroristic activities despite numerous initiatives of President Duterte to reach out to them,” Aguirre said in a text message to reporters.