Duterte says human rights activists should be given Valium 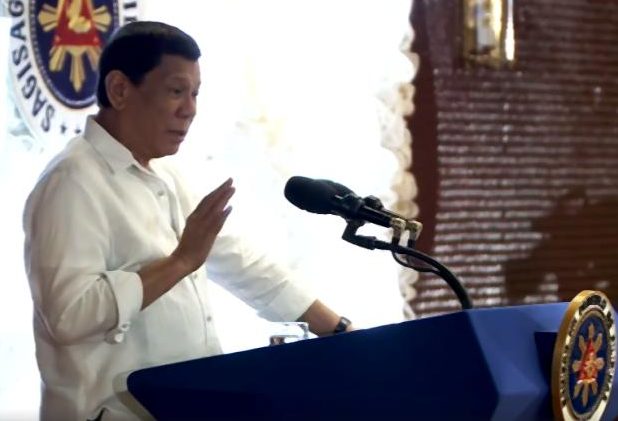 President Rodrigo Duterte gives a speech at the oath taking of his recent appointees at Heroes Hall in Malacañang Palace, Manila on Wednesday, Dec. 6, 2017. (Photo from an RTVM video)

Human rights advocates – particularly those who have been criticizing killings linked to the campaign against illegal drugs – should be given Valium to keep them  calm, President Rodrigo Duterte said o Wednesday.

Duterte was lamenting human rights advocates who had been accusing his administration of committing extrajudicial killings without providing details of how they were killed. /atm