The Catholic Church sees the President’s order as a ‘bad move,’ but presidential spokesperson Harry Roque says the PDEA remains the lead agency in the war on drugs, with the police only providing active support
By: Philip C. Tubeza - @inquirerdotnet
Philippine Daily Inquirer / 07:28 AM December 06, 2017

Saying there was a “notable resurgence in illegal drugs,” President Rodrigo Duterte on Tuesday ordered the Philippine National Police to actively support the Philippine Drug Enforcement Agency (PDEA) in the war on drugs.

Presidential spokesperson Harry Roque said the PDEA remained the lead agency in the war on drugs.

The PNP, the military and other law enforcement agencies would only provide “active support” to the PDEA, Roque told a news briefing.

Mr. Duterte’s order on Tuesday, he said, “supersedes the earlier memorandum that designated the PDEA as the sole agency that will deal with the entire illegal drug operations.”

Roque said that if the PNP wanted to revive “Oplan Tokhang,” it should coordinate first with the PDEA.

“Well, it’s very clear the PDEA is the lead so if Tokhang will be implemented by the PNP, I would suppose there would have to be coordination with the PDEA,” he said.

“If they want to resume Tokhang, they need to confer with the PDEA on how to implement it. The PDEA must be consulted and the PDEA must not be deprived of its role in the implementation of the Dangerous Drugs Act,” Roque added.

Thousands of people have been killed in the PNP campaign, drawing expressions of concern from the United States, European Union, United Nations and international groups about human rights violations in the Philippines.

Mr. Duterte badmouthed them all, accusing them of meddling in Philippine internal affairs.

On Oct. 11, Mr. Duterte designated the PDEA as the “sole agency” in the antidrug campaign after a series of killings of teenagers in northern Metro Manila, which was blamed for the drop in the President’s public approval ratings.

It was the second time that the PNP was stripped of its lead role in the drug war.

In January, the President ordered the PNP to suspend its antidrug operations after narcotics police allegedly kidnapped South Korean businessman Jee Ick-joo and killed him inside Camp Crame, where the PNP headquarters is located.

The President allowed the PNP to resume the war on drugs after more than a month due to reports that the country’s drug problem had worsened.

This time around, Mr. Duterte said the PDEA had made significant strides but there was a resurgent drug problem and crimes related to it.

“[However, it] has been seriously hampered in performing its huge mandate by the lack of resources, specifically agents and operatives, who can penetrate drug-infected areas down to the municipal and barangay levels,” he said.

The President noted that the PDEA had only about 2,000 personnel to deal with the drug problem in the entire country.

“There is a clamor from the public to restore to the PNP and all other law enforcement agencies the responsibility of providing active support to PDEA in the conduct of anti-illegal drug operations,” he said. 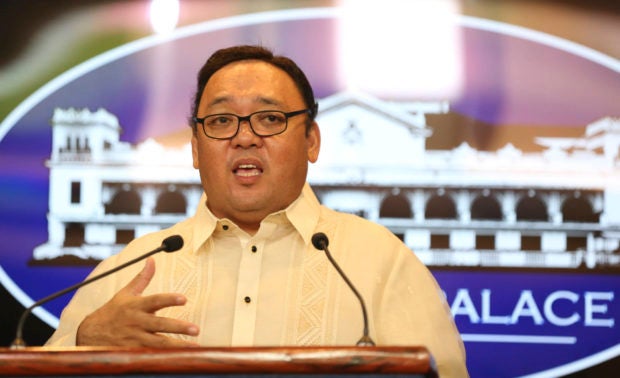 The President directed the PDEA to submit a monthly report on the progress of the campaign while the Dangerous Drugs Board would remain the policymaking and strategy-formulating body.

“So now, the President clearly wanted the PDEA to take the lead but it wants to avail [itself] of the manpower resources of all other agencies of government, not just the PNP,” Roque said.

The Catholic Church warned that Mr. Duterte’s allowing the police to rejoin the war on drugs was a “bad move.”

“After all, the President said 40 percent of the PNP was corrupt and he replaced them twice. There have not been significant reforms. He is interested in dead body counts,” Bacani said.

“Didn’t he see that the PNP was already a failure? He did not give the PDEA a chance to prove itself. He did not even give it time,” Pabillo said. —With a report from Tina G. Santos