WHAT WENT BEFORE: Dengue vaccine 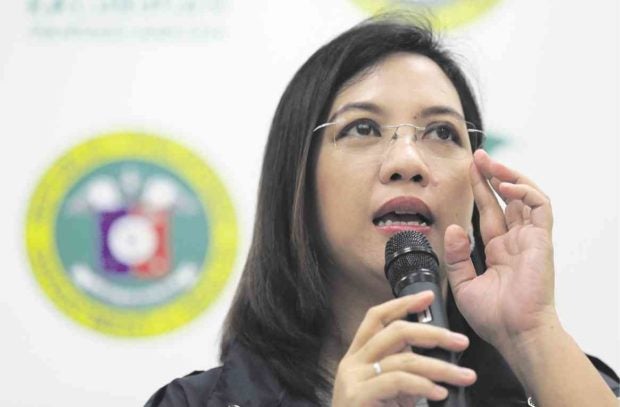 In December 2015, Dengvaxia, the world’s first vaccine against dengue virus developed by French pharmaceutical company Sanofi Pasteur, was licensed and approved for use in the Philippines by the Food and Drug Administration (FDA).

It was first licensed in Mexico in December 2015 but only for people aged 9 to 45 living in endemic areas in the country.

It is given in three doses six months apart via subcutaneous injection in the upper arm.

Former Health Secretary Janette Garin said the Philippines participated in all three phases of the vaccine’s clinical development with subjects from Cebu and several areas in Metro Manila.

The vaccine resulted from more than a decade of “efficacy and safety studies” in 10 countries, involving more than 30,000 children, according to the Department of Health (DOH).

Garin said the Philippines was the first in the world to introduce, adopt and implement the dengue vaccine through the public health system and under a public school setting.

The DOH said more than 700,000 public school fourth graders  had received the first of three doses of the vaccine under a P3.5-billion program. It said figures for how many got the additional doses were not immediately available.

In October 2016, Sen. Richard Gordon said he would seek an investigation of  the “undue haste” in using the vaccine despite safety questions.

In December 2016, FDA directed Sanofi to stop advertisements that said Dengvaxia was available over the counter. The vaccine is a prescription drug approved only for those 9 to 45 years old.

In May 2017, FDA ordered Sanofi and Watson’s Personal Care Stores to stop promoting and offering immunization services without authorization.

From January to September 2017, the DOH has recorded 97,287 dengue cases nationwide.

Dengue is the fastest growing mosquito-borne disease in the world, causing nearly 400 million infections annually, according to the World Health Organization (WHO).

WHO recommends that countries should consider introducing the vaccine only in geographic settings (national or subnational) where data indicate a high dengue burden.

Dr. Scott Halstead, founder of the Pediatric Dengue Vaccine Initiative and an acknowledged leading figure in dengue research in the past 50 years, voiced serious concerns about the vaccine, saying it may enhance the development of dengue, rather than prevent it.

The vaccine appears to cause antibody-dependent enhancement (ADE) that literally predisposes the dengue-naive recipients of the vaccine to a more severe clinical expression of the disease, he said.

In ADE, infection with one of the four strains of the dengue virus produces antibodies to that strain and cross-reactive antibodies to the other strains. “That allows a second dengue infection to cause severe illness, including dengue hemorrhagic fever,” Halstead said.