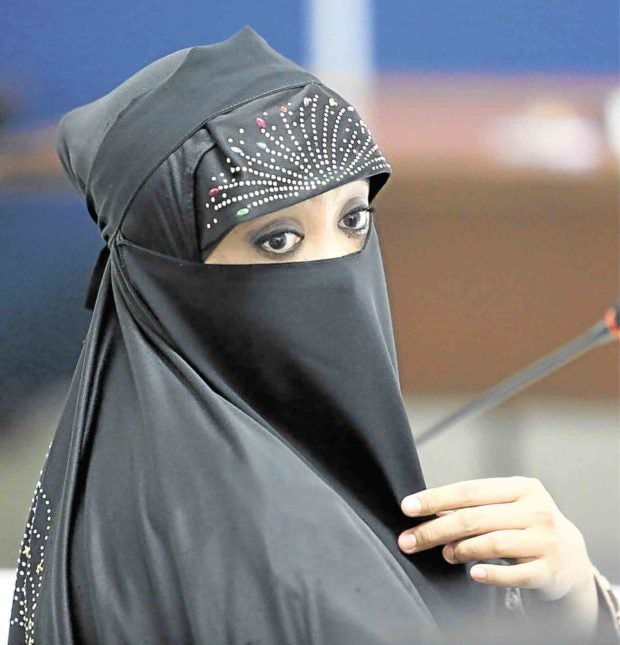 Prosecutors have recommended an extremist leader’s widow to be charged with inciting rebellion for allegedly calling on fighters to join a bloody Islamic State (IS) group-linked siege of Marawi City.

State prosecutors said in a Department of Justice resolution seen by The Associated Press on Friday that there was “probable cause” to charge Karen Aizha Hamidon with nearly 300 counts of inciting rebellion.

Hamidon was arrested by government agents in October for allegedly posting rebellious statements mostly through the Telegram and WhatsApp messaging services.

Prosecutors said she posted at least 295 separate messages to invite fighters to join the five-month siege in Marawi City that troops crushed on Oct. 23.

Hamidon’s militant husband was killed by troops this year. —AP

Read Next
PNR-Clark phase 1 deal signed
EDITORS' PICK
Metro Manila to remain under COVID Alert Level 2 until December 15
IATF tightens border control, suspends entry of fully vaxxed nationals from ‘green’ countries
Villar Group gears up for AllValue Shopping Party on Dec. 3; around P 1-million promos and discounts up for grabs
Duterte open to making jabs mandatory; Cabinet mulls ‘pressuring’ the unvaccinated
Legarda: Ending Violence Against Women, a cause for all
A delightful blessing!
MOST READ
Quiboloy warns of ‘much worse than Omicron virus’ if his ‘persecution’ is not stopped
Omicron poses ‘very high’ global risk, countries must prepare–WHO
Marcoleta defends pol ads on ABS-CBN
Bongbong Marcos’ conviction in tax case not a crime involving moral turpitude — lawyer
Don't miss out on the latest news and information.