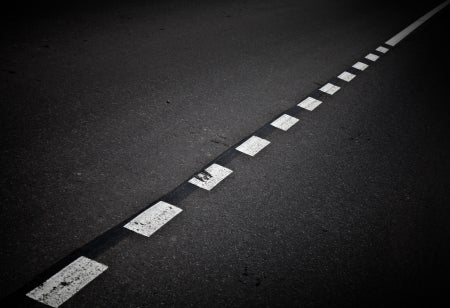 A 28-year-old man in China thought that by painting the road markings himself would make his everyday commute to work easier, but he he ended up getting fined instead.

Chinese media The Modern Express, through the South China Morning Post, reported on Thursday that the unidentified man was caught on camera painting the marks in Lianyungang in Jiangsu province. In one instance, he changed arrows that directed traffic to head left instead of straight.

“I saw the straight lane was always packed with cars, while the turning left lane has a lot of space,” the man told the Modern Express. He thought that by changing the direction of the arrows, his commute would go smoother.

Police told Modern Express the the man’s action was “very dangerous” and could lead to vehicles colliding. They have ordered the repainting of the altered markings.  Katrina Hallare /ra

Read Next
Alvarez to Sereno: Defend yourself in House committee, not in media
EDITORS' PICK
Disease expert: Omicron variant may behave like Delta
Palace: Malls, establishments may require customers to use of face shields
This new condo in the South will make you want to turn a new leaf
Smart offers wireless fiber-like speeds to Filipino homes with country’s first 5G Prepaid Home WiFi
Syringes for Pfizer vaccine arriving on December 2 — NVOC chairperson
Legarda: Ending Violence Against Women, a cause for all
MOST READ
Bongbong Marcos to face another disqualification case
COVID resilience report that ranked PH last lacked country-specific context — Palace
Christine Bersola, Julius Babao cleared of cancer after colonoscopy, endoscopy
FDA OKs COVID-19 booster shots for adult general population
Don't miss out on the latest news and information.