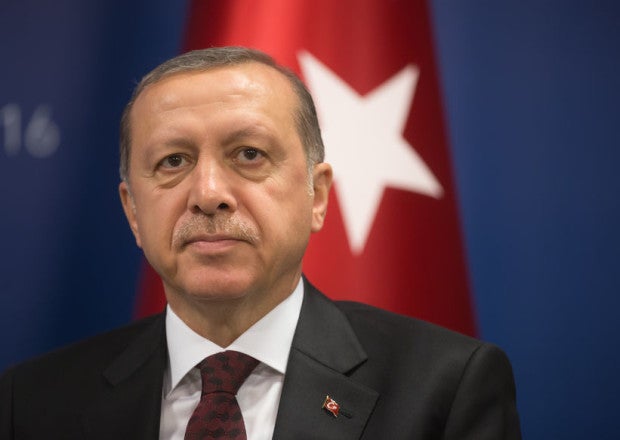 NEW YORK — The star witness in a trial that has strained United States diplomatic relations with Turkey testified on Thursday that he believed that Turkey’s president, while prime minister, signed off on a scheme that used tens of millions in bribes and kickbacks to help Iran evade economic sanctions.

It was the first time that President Recep Tayyip Erdogan was named in the ongoing testimony of Reza Zarrab, a wealthy Turkish-Iranian businessman who has pleaded guilty to charges he orchestrated the fraud.

In a transcript of an intercepted phone call in 2012 with an associate, Zarrab claimed he had been told that “the prime minister gave orders” for two Turkish banks to participate in the sham gold trades that helped Iran gain access to oil and gas proceeds.

Asked by a prosecutor about the claim, Zarrab said the country’s economic minister, Zafer Gaglayan, “told me that Mr. Prime Minister had given approval for this work” by the banks.

Asked who the prime minister was at time, he responded, “Mr. Recep Erdogan.”

In other testimony, the 34-year-old Zarrab told a New York jury that Suleyman Aslan, general manager of the state-run HalkBank, demanded the secret payments for helping break the US sanctions. He previously testified that Gaglayan was already skimming part the hefty profits Zarrab was making as the scheme’s middleman.

“This one is asking for money too,” Zarrab said of Aslan in another 2012 phone call.

The US case has been major news in Turkey, where Zarrab is well known. Officials there have called it a charade aimed at discrediting Erdogan’s government.

Halkbank also has challenged the accusations. In a statement on Thursday, the state-run bank insisted it “strictly adheres to national and international regulations” in all businesses and transactions.

Zarrab is testifying against another Halkbank official, Mehmet Hakan Atilla, after agreeing to cooperate in hopes of getting a reduced sentence.

Atilla has pleaded not guilty to charges alleging he was Zarrab’s behind-the-scenes fixer for moving Iranian money through world banks, including US financial institutions, in violation of the economic embargo. His lawyer, Victor Rocco, told jurors in an opening statement that Zarrab is “a liar, a cheat … a one-man crime wave” while his client, by contrast, is not corrupt and took no bribes.

Zarrab testified on Thursday that he never bribed Atilla because he was already bribing Atilla’s boss and economic minister.

“I didn’t see a need to pay another individual,” he said.

Zarrab had been housed until early this November in a Manhattan jail, where he was taken after his 2016 arrest when he arrived in the US with his wife, Turkish pop star and TV personality Ebru Gundes, and his daughter, for a trip to Disney World. He won his release from jail as part of the plea deal. He remains in the custody of FBI agents, but it was not clear where.

Zarrab said he is still in the hands of the FBI “for security purposes because of the threats I received at the detention center.”

On Wednesday, he appeared in drab jail-style scrubs in his first day of testimony, a look that the judge questioned. When Zarrab stepped onto the witness stand on Thursday for a second day, the witness was in a dark suit jacket and slacks, explaining his lawyers had told him he could wear a different outfit.

Both Aslan and Gaglayan are named in the US indictment with Zarrab and Atilla. The court papers alleged that Aslan and Atilla misled US Treasury officials by telling them that the gold purchases were by private Iranian companies and individuals when they were actually made by or on behalf of the government or Iran. /kga