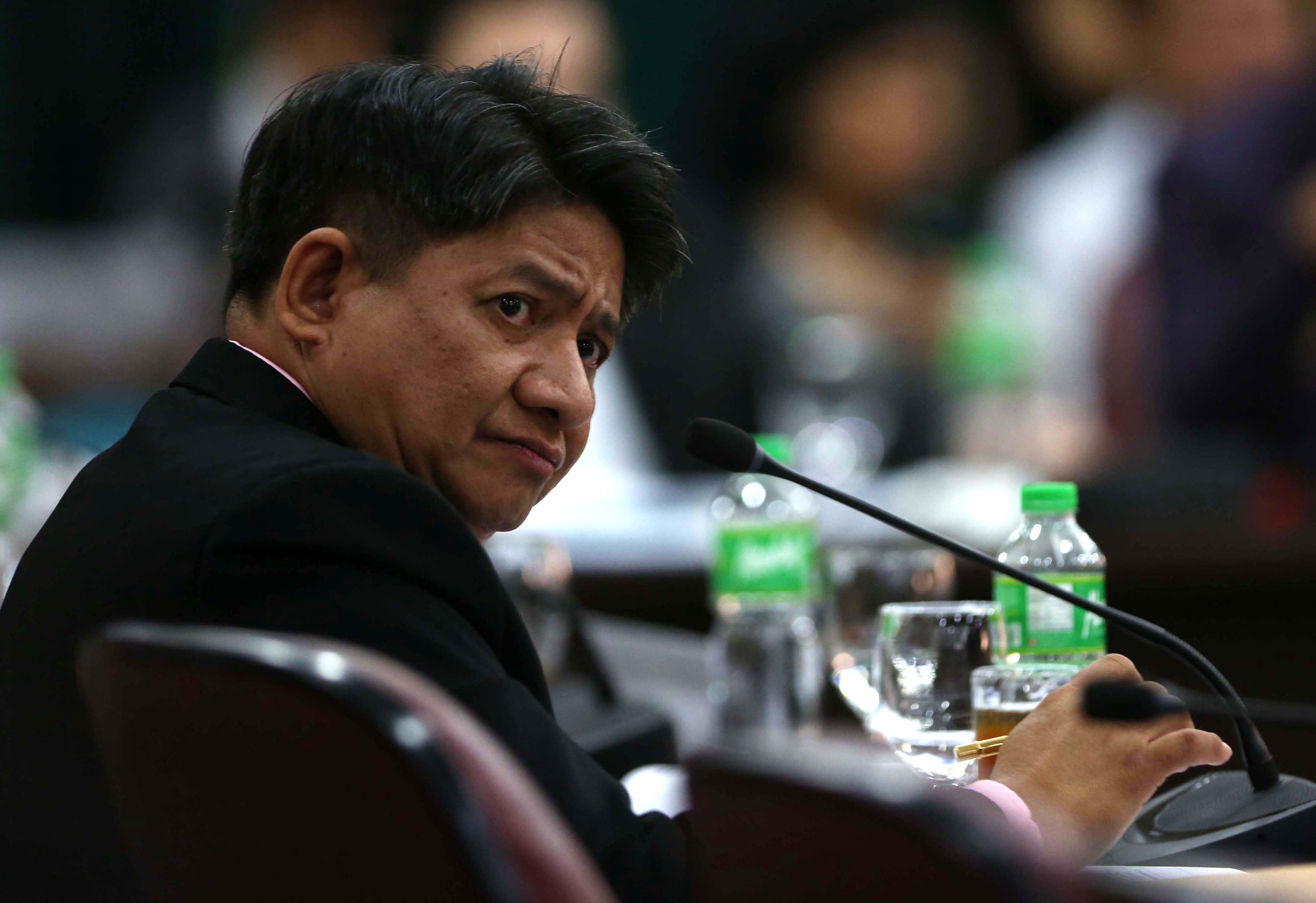 Lawyer Lorenzo Gadon on Tuesday revealed that one of his witnesses that could testify that Chief Justice Maria Lourdes Sereno, together with her staff and security, flew “first class” on her foreign travels was Court Administrator Jose Midas Marquez.

During the House justice committee’s deliberation on the probable cause to impeach Sereno, Gadon told the panel that he was having difficulty securing affidavits from some witnesses in his complaint against Sereno.

When Misamis Occidental 2nd district Rep. Henry Oaminal asked Gadon to substantiate his claim about Sereno’s alleged lavish travels, Gadon said he has witnesses but they could not execute affidavits yet.

“I have witnesses… One of them, your honor, is Justice Midas (sic) who happened to be on the same plane and same flight with CJ. He was seated in the economy class while CJ, his security and staff are in business class and he can testify on this,” Gadon said.

Oaminal later corrected Gadon that Marquez was the Court Administrator and not a Justice. Marquez is one of the Supreme Court personnel the House panel summoned to testify in the hearings.

The lawmaker also argued that business class is different from flying first class.

But Gadon said: “Well, just because first class and business class are usually interchangeable.” Oaminal insisted that the two are different from each other. Gadon later submitted to Oaminal’s argument.

Oaminal then asked: “So you admit now that the CJ has not availed of a first class accommodation?”

Gadon answered: “What I meant with first class was that it’s more expensive than economy, be it first or business class accommodation.”

In her verified answer, however, Sereno said that Gadon was apparently unaware that under the Supreme Court Human Resource Manual, the chief magistrate is expressly allowed to travel on “full business class, while the other members of the Court are not allowed to do so.”

Gadon, in his complaint, also said Sereno committed corruption when she “unnecessarily brings ‘huge entourage of lawyers’ in foreign trips.”

Sereno’s camp denied this, saying she “brought only such number of lawyers as were necessary to assist her given the nature and objective of the official trip.” /je