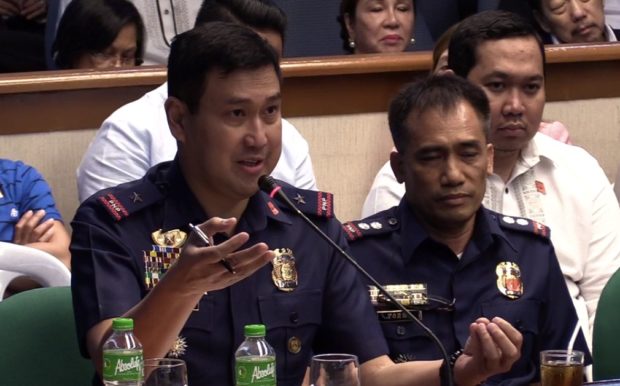 “We will conduct an in-depth investigation regarding the said incident but of course due process of law and presumption of regularity in the conduct of our police operational procedures will be followed,” MPD spokesman Supt. Edwin Margarejo said in a statement.

“And if evidence warrants against those personnel involved we will file the necessary charges against them. The MPD leadership under Chief Supt. Joel Napoleon Coronel assured our constituents that we will always continue to protect, respect, and fulfill our human rights obligation,” he added.

Margarejo was reacting to a Reuters report claiming that the three men tagged as drug personalities were summarily executed in a police operation in Tondo, Manila on October 11, or a day before President Rodrigo Duterte transferred the implementation of the government’s anti-illegal drug campaign from the PNP to the Philippine Drug Enforcement Agency (PDEA).

The report, published on Monday, showed chilling security camera footages of the midday police operation in Barangay (village) 19 in Tondo, Manila. The videos showed the bodies of the victims identified as Rolando Campo, 60; Sherwin Bitas, 34; and Ronnie Cerbito, 18, being dragged out of a shanty about 30 minutes after plainclothes anti-illegal drug operatives arrived in the area.

However, Reuters said the spot report had clearly stated that the men fought back against the authorities, prompting them to shoot and kill the suspects.

Presidential Spokesperson Harry Roque said the government is already investigating the authenticity of the videos and the conduct of police operations.

“I assure you that the authorities are looking into this matter, and in the process also of authenticating the video. I assure you that the President will not tolerate any abuses that will be committed by some personnel of the (Philippine National Police),” Roque said in a press briefing Tuesday.

The Reuters report has once again put the spotlight on the government’s brutal crackdown against illegal drugs, which has killed a total of 6,140 drug suspects from July 1, 2016, to Sept. 30, 2017, according to data from the Philippine National Police (PNP). /jpv