Piston to stage another 2-day transport strike next week 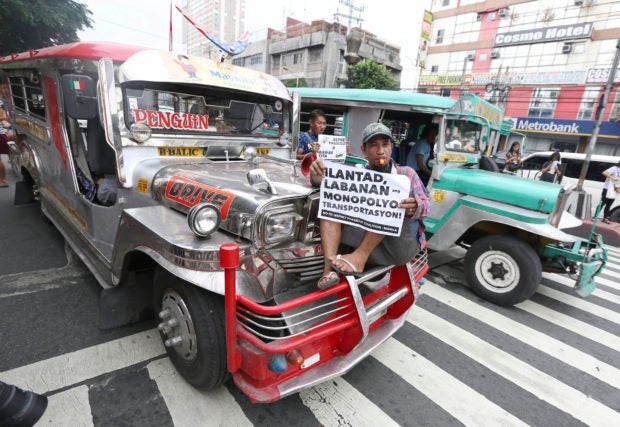 On October 16, 2017, jeepney operators and drivers halts traffic along Espana in Manila, during a nationwide transport strike led by Piston, in a bid to stop the phase out of jeepneys through the government’s public utility vehicle modernization plan.  (INQUIRER FILE PHOTO / MARIANNE BERMUDEZ)

Prepare for another transport strike next week as militant group Piston is set to hold its fourth protest against the rollout of the government’s jeepney modernization program on December 4 and 5.

George San Mateo, Piston’s national president, said on Tuesday that their upcoming protest is meant to oppose the government’s planned phase out of jeepneys, which would not pass the vehicle inspection test, starting January 1, 2018.

San Mateo alleged that the modernization program is only a “front” to sell Euro 4-compliant and electric-powered vehicles to jeepney drivers and operators.

“The jeepney phase out is just one way for [President] Duterte to appeal himself to foreign and local capitalists. It has no other objective than for a few corporations to monopolize [the jeepney industry],” San Mateo said in Filipino.

Piston’s move irked Mr. Duterte, who in a profanity-laced speech said that he does not care if those against the modernization program would go hungry.             /kga