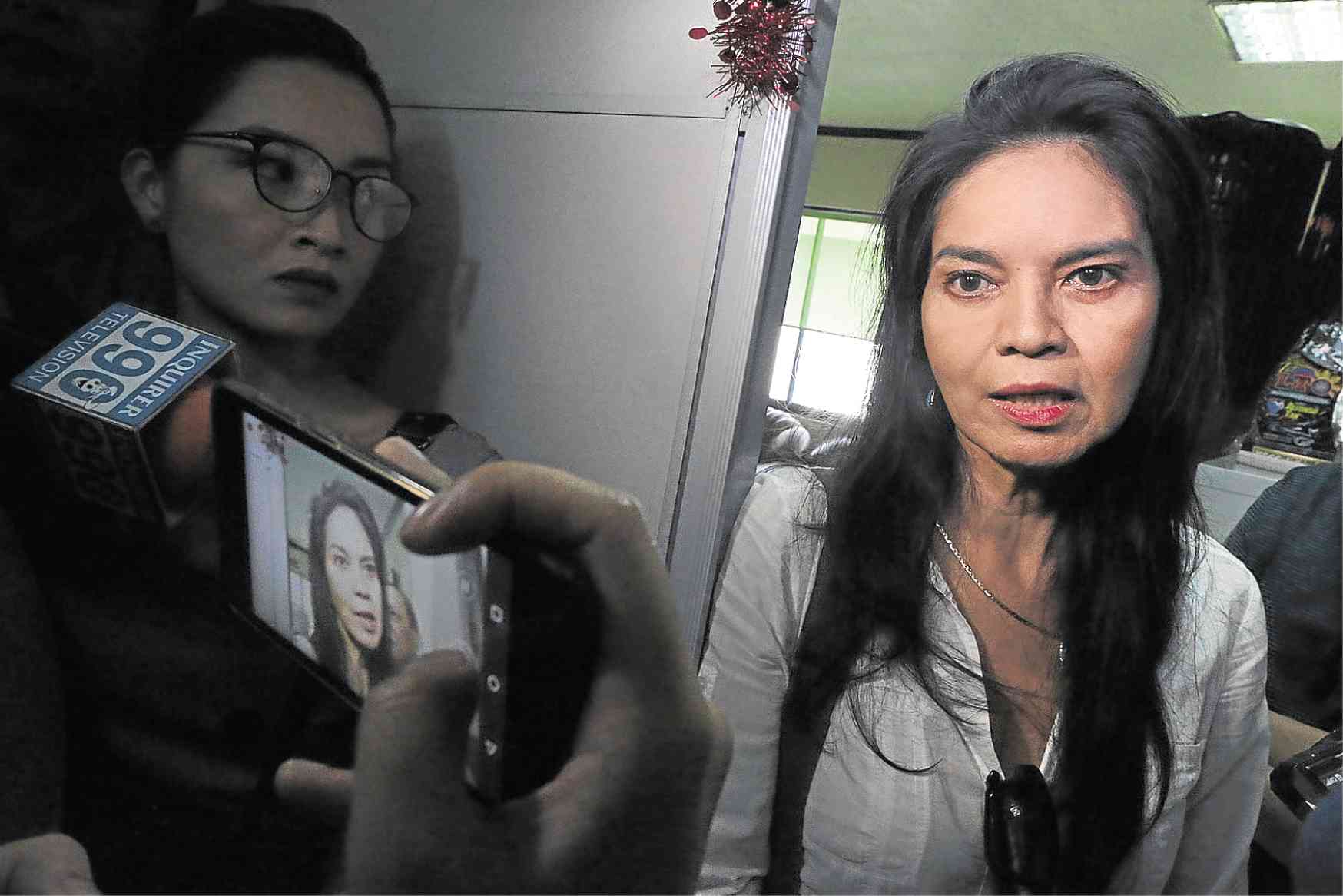 Following the revocation of her license, Maria Isabel Lopez says her options are to hire a driver or rely on Grab or Uber to get to where she wants to go. —GRIG C. MONTEGRANDE

Following the revocation by the Land Transportation Office (LTO) of their client’s driving license, the lawyers of actress-beauty queen Maria Isabel Lopez said they would file an appeal.

“We are saddened by the decision of the LTO revoking Ms. Lopez’s license. We reiterate that revocation is too harsh a penalty for a first-time offender like her. We will be filing the necessary remedy for the reconsideration of the LTO’s decision,” read the statement of lawyers Kathy Manguban and Maria Sol Taule.

For her part, Lopez told the Inquirer that she would pay the P8,000 in fines meted out by the LTO against her.

“I will pay the penalty. Hire a driver. There’s [always] Grab and Uber! For the record, no one was ‘killed.’ When a door closes, a roof deck opens. Life goes on … I’ll continue living a productive life. #feelingblessed,” she said.

In a five-page decision signed by LTO chief Edgar Galvante on Thursday but released to the media on Monday, the agency revoked Lopez’s license for two years following her unauthorized use of a dedicated lane for delegates of the Association of Southeast Asian Nations (Asean) summit early this month.

Lopez was told to surrender her license to the LTO within 24 hours upon receipt of the order. She was also barred from reapplying and reacquiring a driver’s license over the next two years and ordered to pay P8,000 worth of fines.

The order came nearly two weeks after the Metropolitan Manila Development Authority (MMDA) filed a complaint in the LTO, asking for Lopez’s license to be “permanently revoked.”

The MMDA said that Lopez’s unauthorized use of the dedicated lane on the night of Nov. 11 not only “endangered the property, safety and rights of the Asean delegates, but also of herself and other motorists.”

While thousands of motorists were stuck for hours in heavy traffic because of the arrival of Asean delegates, Lopez bragged on her social media accounts about her usage of the Asean lane.

She even posted videos of the incident, providing authorities with the evidence they needed against her. Lopez later apologized, saying she was “only human.”

In her meeting with LTO law enforcement service director Francis Almora five days after the incident, Lopez said that she was “willing to take the consequences of my action.” But while she admitted wrongdoing, Lopez hoped the LTO would be lenient to her since she was a first-time offender.

For Galvante, though, the excuses Lopez made were “lame and merely self-serving.”

“Worse, she showed no remorse and even publicized with gusto her improper and illegal acts on social media, which betray her utter lack of sense of responsibility as a licensed driver, thus making her an improper person to operate a motor vehicle,” he said in his LTO order.

Galvante added that the government had not been remiss in reminding the public of the traffic management plan put in place for the country’s hosting of the Asean summit and related meetings.

While the MMDA had asked that Lopez be banned permanently from driving, MMDA spokesperson Celine Pialago said they respected the LTO’s decision.

She added that it should serve as a lesson to other motorists and prove that the MMDA was bent on strictly implementing the law without according anyone special treatment.