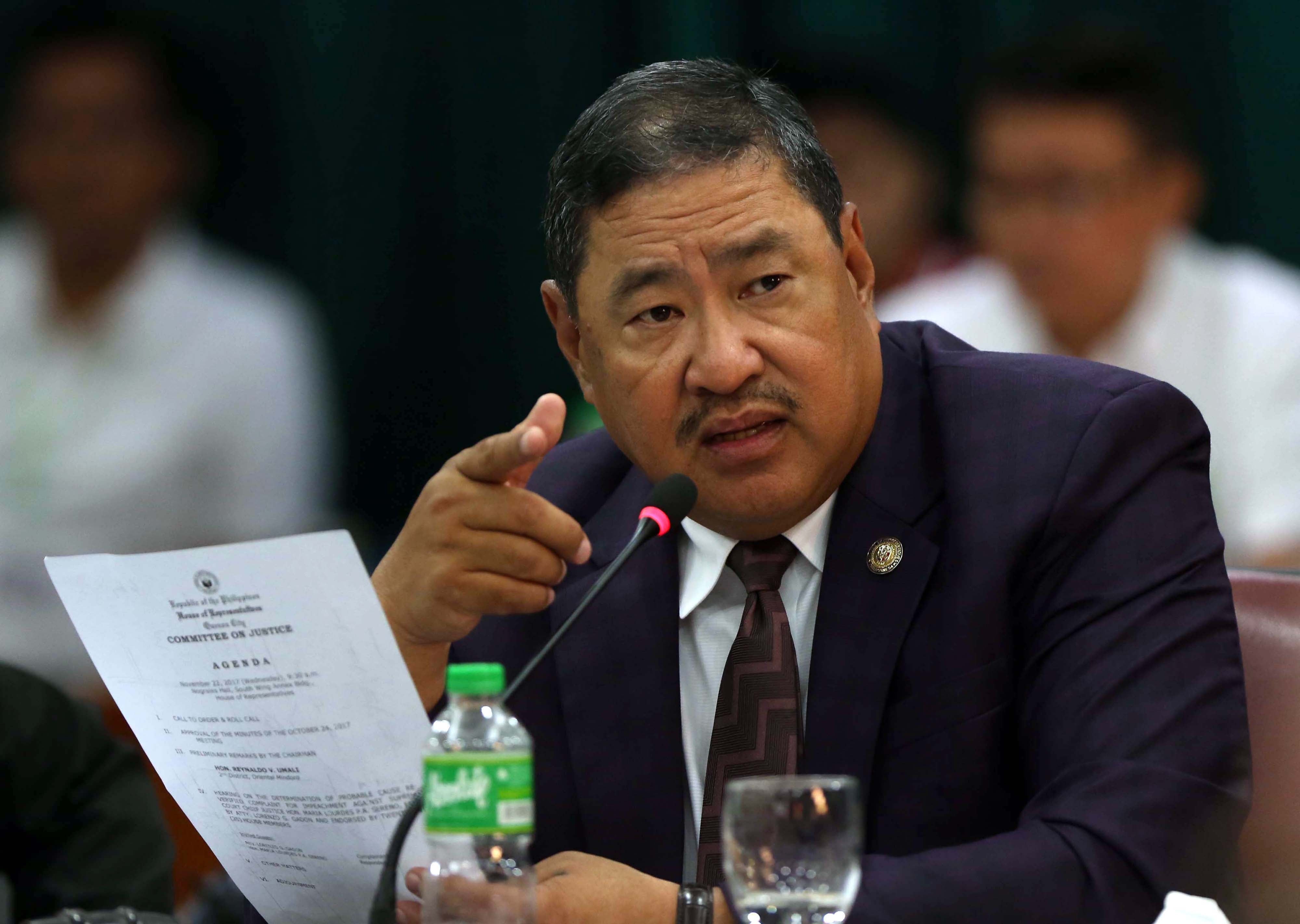 The House justice committee has issued a show-cause order against two lawyers of Chief Justice Maria Lourdes Sereno to explain why they should not be cited in contempt for branding the panel’s impeachment proceeding a “dog and pony show.”

The committee carried the motion of Deputy Speaker Gwendolyn Garcia to issue a show-cause order against Sereno’s lawyers Joshua Santiago and Aldwin Salumbides for supposedly resorting to name-calling.

Aside from the lawyers, the House panel also issued the same order against Commission on Human Rights (CHR)  associate commissioner Roberto Cadiz for saying that the impeachment proceedings in the House against the top magistrate are governed by the “law of the jungle.”

Earlier in the hearing, committee chairman Oriental Mindoro Rep. Reynaldo Umali said the lawyers should respect the proceedings of the house “lest we be forced to use the coercive powers of this committee and all other powers vested in the House.”

In a chance interview, Sereno’s counsel Jojo Lacanilao apologized on his colleagues’ behalf if they had offended the committee in any way.

“Kung may na-offend man sa kanila kami ay humihingi ng paumanhin (If any of them was offended, we ask for their forgiveness), we apologize for any offense,” Lacanilao said.

(I didn’t intend that for any personality, but for the evidence that released or allegations that weren’t proven true.)

Over the weekend, Santiago and Salumbides said in a forum that the panel should already put the impeachment complaint to a vote, instead of turning the proceedings into a “dog and pony show.”

“It is evident that the complaint is very shallow,” Salumbides said. “But since they already decided that it’s sufficient in form and substance, why are they still prolonging the proceedings? Why are they still forcing Gadon to present documents, evidence and witnesses?” /je

ADVERTISEMENT
Read Next
Roque to Reds: ‘Move on’
EDITORS' PICK
Seventh judge assigned to handle De Lima case
Beyond water service: Maynilad builds massive infrastructure projects to clean up Metro Manila waterways
Timeless Elegance in the Philippines’ Most Distinguished Home Kitchens
Museums ‘put to sleep,’ churches closed amid volcano’s unrest
PH preps for China virus: Question of when, not if
SM continues to send relief assistance to remote towns in Batangas
MOST READ
Lacson on Duterte’s threat to end VFA over Bato’s canceled visa: Where is the connection?
Part of Aurora Boulevard in Cubao closed from Jan. 25 – Feb. 1
No Bato visa, no VFA–Duterte
Corruption worsens: PH falls 14 notches to 113th spot in global index 2019
Don't miss out on the latest news and information.