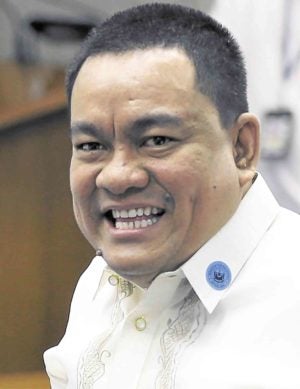 A poll watchdog group is optimistic that the appointment of poll commissioner Sheriff Abas as chair of the Commission on Elections (Comelec) will pave the way for more electoral reforms.

The Parish Pastoral Council for Responsible Voting (PPCRV) welcomed the designation of Abas, an insider, to the post vacated by former chair Andres Bautista a month ago.

“It is good news … I wish him the best in his stewardship of the Comelec!” said PPCRV chair Rene Sarmiento, himself a former election commissioner.

Sarmiento cited Abas’ experience as a poll commissioner, having been appointed in April 2015 by then President Benigno Aquino III.

The PPCRV chair also noted the incoming Comelec chief’s warmth, kind demeanor and his being a Muslim sensitive to peace challenges in Mindanao.

“[His traits] will give the Comelec a kind of sensitivity and energy needed for the introduction of electoral reforms for the marginalized and vulnerable,” Sarmiento stressed.

President Duterte appointed Abas to the position of Comelec chair, which was announced on Friday afternoon by Malacañang.

If he is confirmed by the powerful Commission on Appointments, Abas will complete the unexpired term of his predecessor, which is until February 2022.

Earlier, the Comelec said the appointment “bodes well” for the poll body as it begins its preparations for the May 2018 barangay and youth elections, and the 2019 midterm elections.

For its part, the Comelec Employees’ Union also expressed its approval of Abas’ appointment, noting that he was an insider “already knowledgeable on how to run the elections.”

He added that the President made the right decision to name an insider to the position, stressing that a poll chief should be one who knows how to manage an election.

“The President made a good choice in naming Abas to the Comelec as it gears for the 2018 barangay and youth polls, 2019 midterm polls and 2022 presidential elections,” Ramirez said.

He noted that Abas was always sympathetic to the plight of poll workers, as shown in his role during last year’s collective negotiation agreement (CNA).

“From the start, he has been an ardent fighter and defender of employees’ rights and welfare as shown in his key role in the first CNA between the union and management in 2016,” he added.