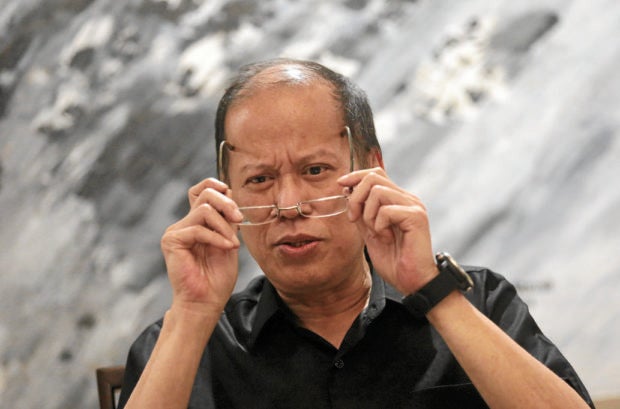 Former President Benigno Aquino III and his political allies may face yet another legal battle.

Justice Secretary Vitaliano Aguirre II has directed the National Bureau of Investigation  to form crack teams of investigators to look into new evidence in the pork barrel racket and the alleged misuse of the Disbursement Acceleration Program (DAP) funds of the previous administration.

Aguirre also instructed the NBI to create another special task force to handle the request of former Manila Councilor Greco Belgica to hold Aquino liable for malversation of public funds over the DAP controversy.

Belgica, a staunch supporter of President Duterte, was one of those who filed the petition that prompted the Supreme Court to declare as unconstitutional both the DAP and the Priority Development Assistance Fund (PDAF), the official name of pork barrel.

The Department of Justice (DOJ) released Aguirre’s order on Friday, just three days after the Department of Transportation brought a plunder complaint in the Office of the Ombudsman against nine of Aquino’s former Cabinet members in connection with the allegedly anomalous maintenance deal of the Metro Rail Transit 3.

The justice secretary said he issued the department orders “in the interest of justice” as he quickly shunned insinuations that his actions were part of a political witch-hunt to silence Mr. Duterte’s critics.

“Those who are claiming that, prove it. They actually have no evidence (to support their allegations),” an irate Aguirre told a press briefing.

He said the Ombudsman’s decision last March, which cleared Aquino in the DAP case, would not affect the new investigation of the fund mess.

“We did not forward any evidence to the Ombudsman. The initial investigation may have cleared (Aquino), but it doesn’t prevent (anyone) from filing the same kind of complaint with additional evidence,” Aguirre explained.

“There’s no double jeopardy in this case. The Ombudsman acts like a prosecutor’s office of the DOJ,” he added.