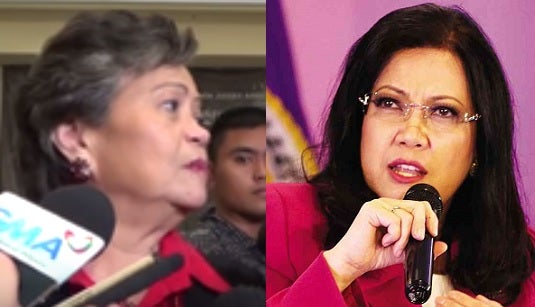 There’s “no indication yet” whether Supreme Court Associate Justice Teresita De Castro will appear at the impeachment hearing of Chief Justice Maria Lourdes Sereno, according to the chair of the House justice committee.

Oriental Mindoro Rep. Reynaldo Umali confirmed that invitations had been sent to De Castro and other resource persons to shed light on some of the allegations made by lawyer Lorenzo Gadon against the top magistrate.

“Yes, we did [send the invitations] yesterday, but no indication yet [if she’s coming],” Umali said in a text message.

A reliable House source, however, said De Castro had reached a deal with the lawmakers to attend the hearing on a certain condition which the source asked not to be made public.

In his complaint, Gadon cited an internal memorandum issued by De Castro in July and sent to her fellow magistrates questioning some actions Sereno had taken without securing full-court approval, including matters on official travel and judicial appointments.

Gadon also  alleged that Sereno had “falsified” a temporary restraining order drafted by De Castro involving the case of a disqualified party-list group of senior citizens.

Sereno’s accuser said his source of information was Manila Times reporter Jomar Canlas and Supreme Court insiders, prompting De Castro to issue a statement that she never released any information to Canlas.