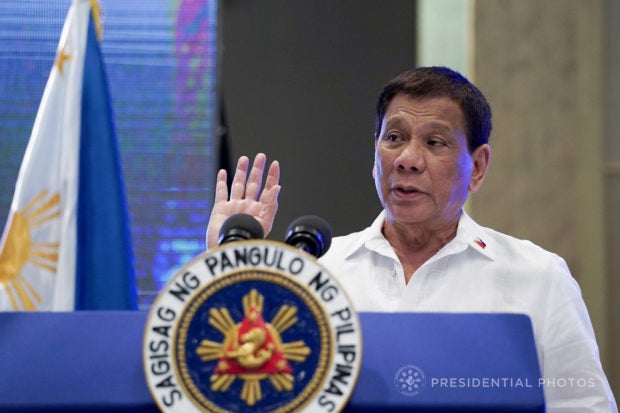 “This is to announce that the President signed this afternoon, November 23, Proclamation 360 declaring the termination of peace negotiations with the National Democratic Front-Communist Party of the Philippines-The New People’s Army,” Presidential Spokesperson Harry Roque said in a statement.

Roque said “Duterte likewise directed the Office of the Presidential Adviser on the Peace Process and the Government of the Republic of the Philippines (GRP) Panel for Peace Talks with the CPP-NPA-NDF to cancel peace talks and meetings with the NDF-CPP-NPA.”

“While we agreed to resume peace talks with the aforementioned group and exerted our best efforts to accelerate the signing and implementation of the final peace agreement, the NDF-CPP-NPA has engaged in acts of violence and hostilities,” he said.

“We find it unfortunate that their members have failed to show their sincerity and commitment in pursuing genuine and meaningful peaceful negotiations,” he added.

Roque said the President “has always wanted to leave a legacy of peace under his administration.”

“He has, in fact, walked the extra mile for peace. Rest assured that he will continuously pray that we may all find the peace that we seek for our beloved country in the fullness of God’s time,” he said. /jpv