WHAT WENT BEFORE: Maguindanao massacre recalled 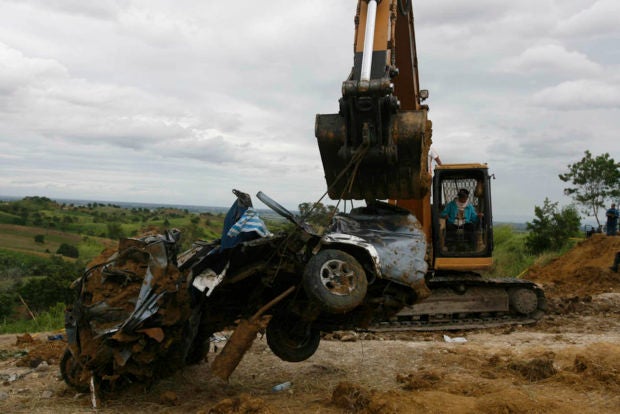 Justice for the victims of the Maguindanao massacre and their families remains elusive.

On Nov. 23, 2009, 58 people, including the wife of then Buluan Vice Mayor Esmael Mangudadatu and 32 media workers, were killed in Sitio Masalay, Ampatuan, in Maguindanao.

They were on their way to Shariff Aguak to file Mangudadatu’s certificate of candidacy for governor in the May 2010 elections when the convoy was flagged down. The victims were gunned down on a hilltop.

Authorities found 57 bodies, including several buried with their vehicles. Photojournalist Reynaldo Momay of Midland Review, whose body has not been found, was formally recognized in September 2012 as the 58th victim.

Government employee Eduardo Lechonsito, who was in a car on his way to Cotabato City for a medical checkup when it fell in with the convoy, his wife, Cecille, and three others in the vehicle were also among those killed.

Nearly 200 individuals, including former Gov. Andal Ampatuan Sr. and his son, Andal “Unsay” Jr., were charged with multiple murder in the deadliest election-related violence in the country.

Three witnesses in the massacre have been reported killed. One of them, Esmail Enog, was found hacked to pieces and placed in a sack.

Three relatives of other witnesses and a potential witness, Alijol Ampatuan, who is a distant relative of the elder Ampatuan, were also killed.

Star witness Lakmudin Saliao, who was a trusted aide of the Ampatuans, testified in 2010 that the clan planned the massacre over dinner and that Ampatuan Sr. gave the order to “kill them all,” referring to the people in the convoy.

In July 2015, Ampatuan Sr., who battled liver cancer in detention, died of a heart attack at the National Kidney and Transplant Institute.

His death does not spare him from civil liabilities.