And how does Attorney Mocha sound to you? | Inquirer News
Close
menu
search

And how does Attorney Mocha sound to you? 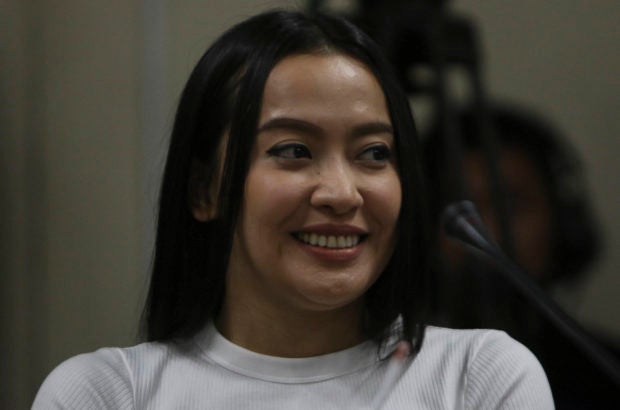 If not Senator Mocha, how about lawyer Mocha?

On her Twitter account @mochausonblog, Presidential Communications Assistant Secretary Margaux “Mocha” Uson announced that starting January next year she would be taking up law at Arellano University.

[Starting January, I will start studying at Arellano University School of Law to widen my knowledge of the law.]

Classes for the second semester at Arellano University School of Law starts in Jan. 13, 2018.

It was unclear though if the university had waived the requirement for Uson to have passed the Philippine Law School Admission Test (PhiLSAT) prior to being allowed to take up law there.

Under the Legal Education Board’s Memorandum Order No. 7 issued last year, in compliance to the Legal Education Reform Act, the results of one’s PhiLSAT examination is a “prerequisite for admission to the basic law courses leading to either a Bachelor of Laws or Juris Doctor degree” starting this school year.

Uson was not in the list of passers in PhiLSAT’s April and September exams.

Several universities, however, like Far Eastern University, admit students into their law program even if they did not meet the 55 percent passing score. Students though would have to undergo an assessment prior to admission.

Uson’s announcement comes barely a week after House Speaker Pantaleon Alvarez announced that she would be one of the 12 candidates that the Duterte administration would field in the Senate race in 2019.

Uson entering law school may be seen as her following the footsteps of her father, Oscar Uson, who was a Pangasinan regional trial court judge. Her father was assassinated in 2002.

A medical technology graduate from the University of Santo Tomas, Uson dropped out of medical school to pursue a career in show business.

Prior to her becoming one of the administration’s staunchest allies, she was the leader of the sexy all-female sing-and-dance group Mocha Girls. /atm