Marikina’s No. 11 most wanted for murder falls 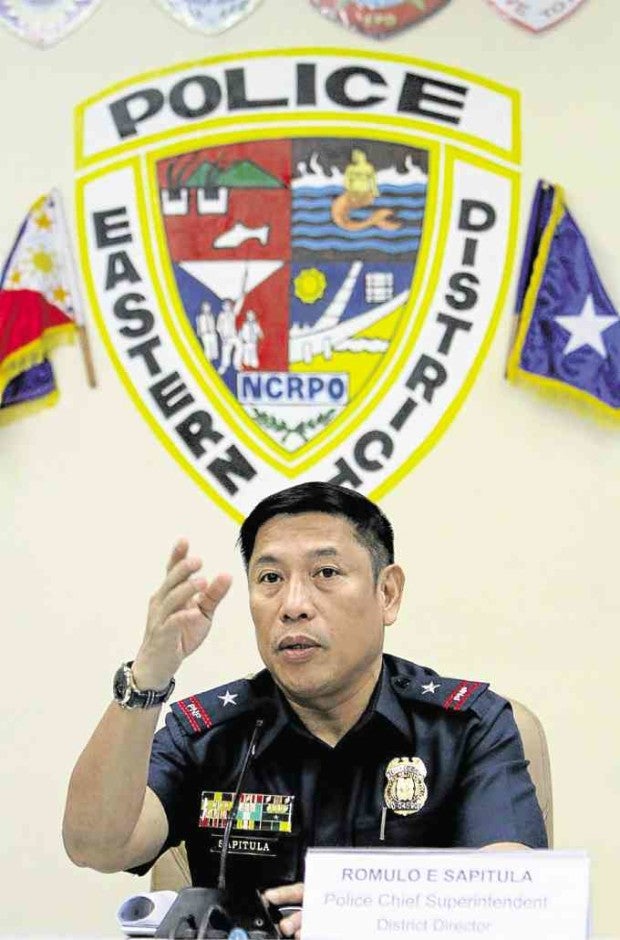 A gunman who is also a drug suspect tagged by the Marikina police as their No. 11 most wanted personality for various murder cases involving mostly drug users and pushers was arrested early this week.

Maomin was wanted for the killing of Renato Guno, 45, and Jaime Penas, 43, who were shot dead inside their house at Champaca Extension in Brgy. Fortune around 1 a.m. in Marikina last Dec. 14, 2016.

Senior Supt. Roger Quesada, Marikina Police chief, said the suspect who continued his illegal drugs operations, had been under surveillance by the Marikina Intelligence police.

After his arrest, the police later found out that he had seven pending arrest warrants. Five of these are for murder while the other two warrants are for frustrated and attempted murder.

“His victims mostly are users and pushers, mostly those who failed to remit drug earnings,” Quesada said.

Quesada told the Inquirer that Maomin could have appeared from hiding thinking that the police are less stringent now after most drug operations are no longer carried out by the Philippine National Police. /jpv