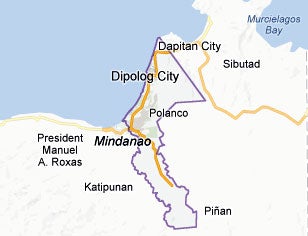 ZAMBOANGA CITY – A radio broadcaster was being held by the police’s Criminal Investigation and Detection Group in Dipolog City following his arrest for libel on Monday.

It was learned that Celestine Nick Carbonel, 47, of dxFL-FM, was sued by Zamboanga del Norte Representative Rosendo Labadlabad for allegedly “spreading fake news.”

It was not clear if the supposed “fake news” involved the lawmaker. The Inquirer’s request for a copy of the case has not yielded positive results as of yet.

“The Accused was arrested at his residence at the above mentioned place and now detained at Criminal Investigation and Detection Group Zamboanga del Norte (CIDG ZN) for court presentation,” Tacaca said.