President Rodrigo Duterte dismissed former Dangerous Drugs Board (DDB) chief Dionisio Santiago not just for contradicting his statements but due to complaints of alleged junkets abroad and acceptance of favors from drug lords, Malacañang said on Monday.

“Santiago was let go not only because of his statements on the mega rehab center, he was let go because of complaints,” Presidential Spokesperson Harry Roque said in a Palace briefing. 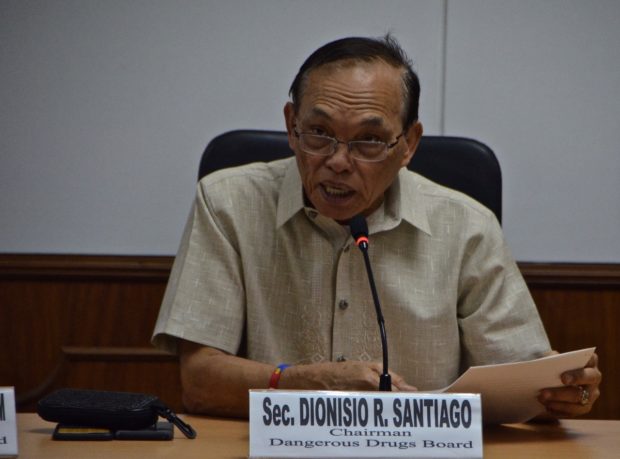 Citing the complaint, Roque said Santiago allegedly went on a trip to Vienna in Austria, and the United States together with his “mistress,” friends and favorite DDB employees.

“He was also being let go because of complaints that General Santiago was using taxpayers’ money for junkets abroad. In addition to bringing family members, Santiago brought six of his closest personnel, including a ‘girl Friday’,” Roque noted.

INQUIRER.net has sought Santiago’s comment but has yet to respond as of posting time.        /kga