Heroes in MRT-3 freak accident cited for kindness, concern for others 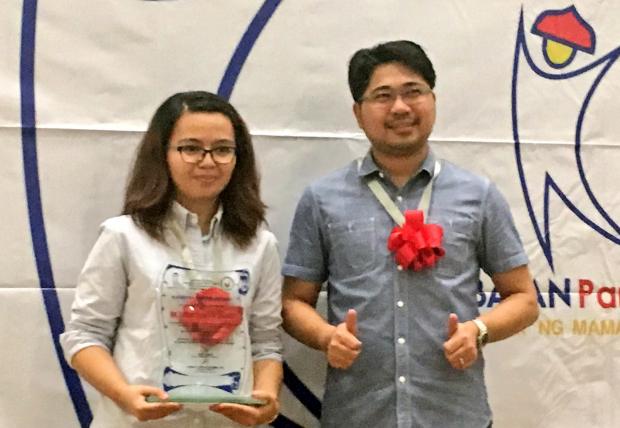 As a boy, PO2 Danilo Agustin Jr. wanted to be a policeman, inspired by movies about lawmen risking their lives to save someone else’s.

On. Nov. 14, Agustin did just that, coming to the aid of a woman who lost her right arm in a freak accident at the Metro Rail Transit-3 (MRT-3) Ayala Station in Makati.

Agustin, a registered nurse before he joined the Philippine National Police (PNP), worked with Charleanne Jandic, a medical intern at Chinese General Hospital, to give first aid to Angeline Fernando, a 24-year-old software engineer who fell onto the railroad tracks.

Fernando had just gotten off the train when she felt dizzy and fell into the gap between the second and third train cars.

Jandic, a copassenger, heard the commotion and rushed to her aid. 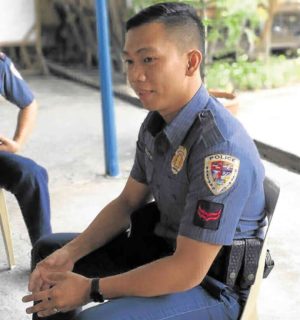 PO2 Danilo Augustin Jr. worked as a registered nurse before joining the PNP.

On Sunday, Agustin and Jandic were feted for their heroic deeds when they received the Kabayan Bayani Award from the Kabayan partylist group.

Both got cash incentives along with plaques which cited them for their kindness and concern for other people.

Jandic, who came to the award ceremony straight from the hospital after finishing her shift, said it felt weird.

Asked what had changed in her life after the incident, Jandic replied: “I am still attending to my patients.”

She finds it amusing that many patients and work mates now ask to have their picture taken with her.

“I am very proud of our EPD officers. They could have said that this was not [a peace and order situation], but Agustin stood up and helped out. And he was there all throughout,” Sapitula said.

The two officers from the EPD District Safety Battalion were on duty at that time as part of the Association of the Southeast Asian Nations security team on the northbound platform of the MRT Ayala station when the incident happened.

Sapitula said Agustin introduced himself as a registered nurse to Jandic.

Agustin, he added, helped place a torniquet on the arm of Fernando to prevent further blood loss, while Almano asked the MRT-3 management to look for a stretcher.

In an interview with the Inquirer, Agustin said he earned his nursing degree at Capitol Medical Center in Quezon City.

He worked as nurse for two years in a Marikina hospital before joining the police force in 2011 despite his father’s objection. /atm /pdi