US warns of Christmas, New Year terror threat in Europe 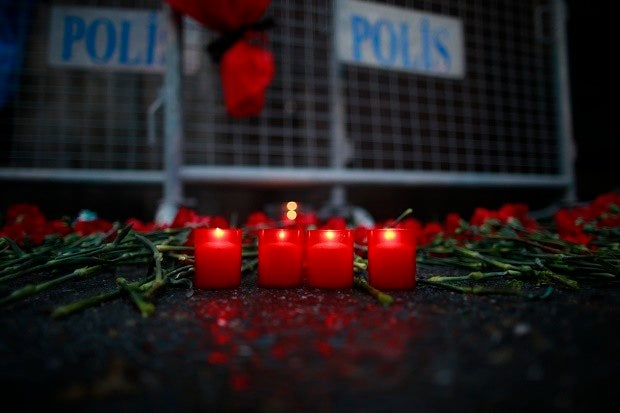 Candles are lit for the victims outside a nightclub, which was attacked by a gunman, in Istanbul on New Year’s Day,  Jan 1, 2017. An assailant armed with a long-barrelled weapon, opened fire at a nightclub in Istanbul’s Ortakoy district during New Year’s eve celebrations, killing 39 people and wounding dozens of others in what the province’s governor described as a terror attack.  (AP FILE PHOTO)

The United States updated on Thursday its advice to travelers heading for Europe, warning of an increased terrorist threat over the Christmas and New Year holiday season.

Washington has a long-standing warning to its citizens to beware of extremist attacks in European cities, and in recent years it has expressly warned of dangers at festive events.

“Last year, mass casualty attacks occurred at a Christmas market in Berlin, Germany in December and a nightclub in Istanbul, Turkey on New Year’s Eve,” the latest warning noted.

In 2016, a jihadist attacker crashed a truck into Christmas merrymakers in a Berlin market, killing 12 people, while a New Year’s Eve attack in Istanbul left 39 dead.

The State Department warned that recent attacks in Britain, Finland, France, Russia, Spain, and Sweden showed that both Al-Qaeda and the Islamic State (IS) group remain active and capable.

“While local governments continue counter-terrorism operations, the department remains concerned about the potential for future terrorist attacks,” the statement said.

“US citizens should always be alert to the possibility that terrorist sympathizers or self-radicalized extremists may conduct attacks with little or no warning,” it added.   /kga