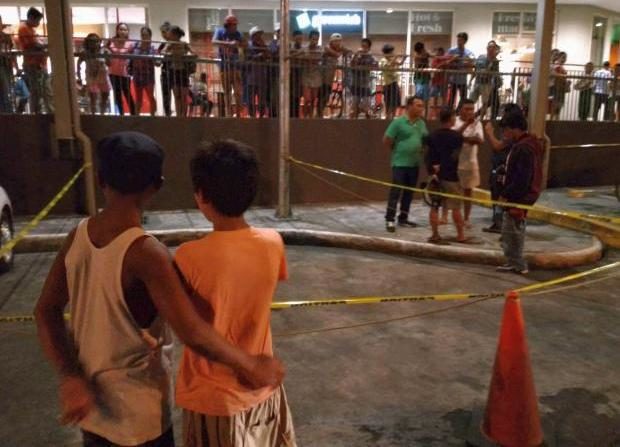 LEGAZPI CITY —  Police officers killed one of two suspects in the slay try of a trader in a shootout Wednesday afternoon in front of a mall in this city’s business district, according to Chief Insp. Arthur Gomez, spokesperson of the Albay Police Provincial Office.

Before the shootout the suspects – Marlon Magsino and 43-year-old Michael Malveda – were riding in tandem on a motorbike.

They shot at a van on board of which was 48-year-old businessman Alex Herrman Alemania, reportedly the chairman of Lucky V Prime Enterprises Corp., operator of the Small Town Lottery (STL) in Albay.

Alemania was with woman and several other companions during the shooting.

Alemania and the woman, who were injured, were taken to the nearby Albay Doctors Hospital.

Responding police officers got into a shootout with the two suspects at around 5:30 p.m. in front of a mall on Quezon Avenue in this city.

Magsino, a resident of Barangay San Andres in Malvar town in Batangas province, died instantly in the firefight.

Malveda, a resident of Barangay San Lucas in Lipa City, survived with injuries. He was taken to the Bicol Regional Teaching and Training Hospital in Daraga town. /atm