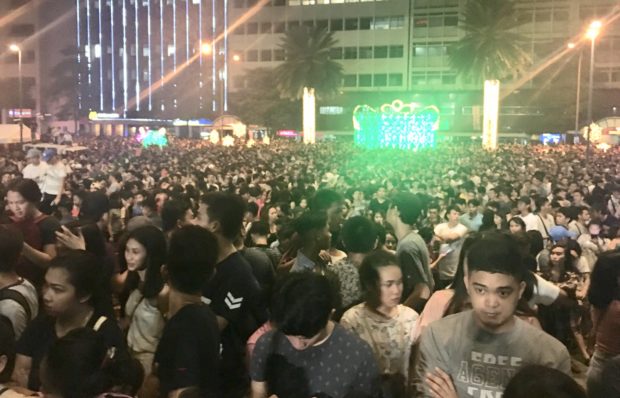 The Asean Music Festival in Ayala Triangle in Makati attracted a huge unruly crowd that prompted the organizers to cancel the free concert. Photo courtesy of Jeff Jocson/Twitter

The Asean Music Festival at the Ayala Triangle was called off Tuesday night because of overcrowding and some unruly concert goers that resulted in some of them being injured, according to radio reports.

A commotion erupted soon after the performance of Parokya ni Edgar as some people tried to get near the stage.

Some concertgoers were rushed to hospital or given first aid treatment after complaining of breathing difficulties.

Netizens were active Tuesday night blasting the National Organizing Council, the organizers of the event.

The council apologized for the inconvenience in a statemenet read by Chief Supt. Tomas Apolinario, head of the Southern Police District:

“For reasons of public safety, the organizers have decided to stop the show. As of now, the people are starting to leave the venue to go home.”

“The organizers are very sorry for the inconvenience,” Apolinario said. /atm 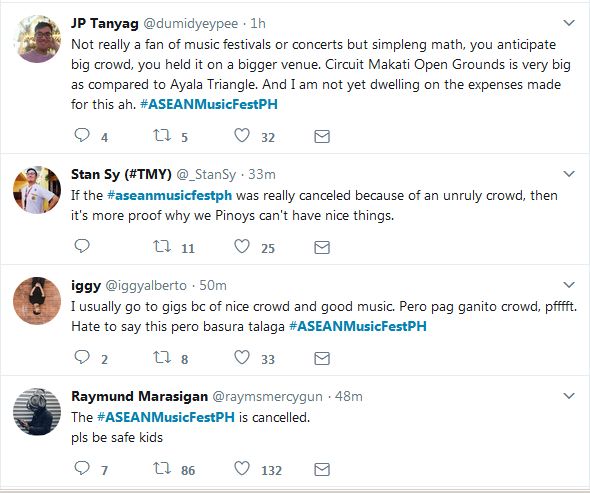 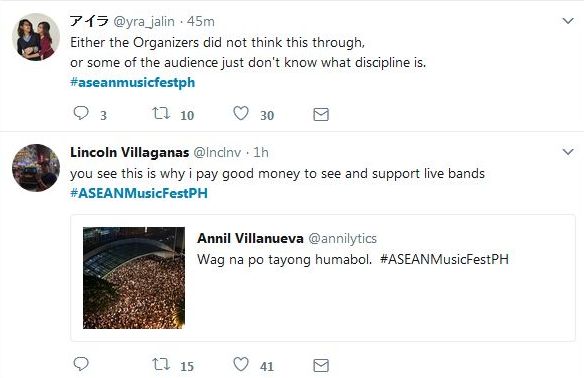 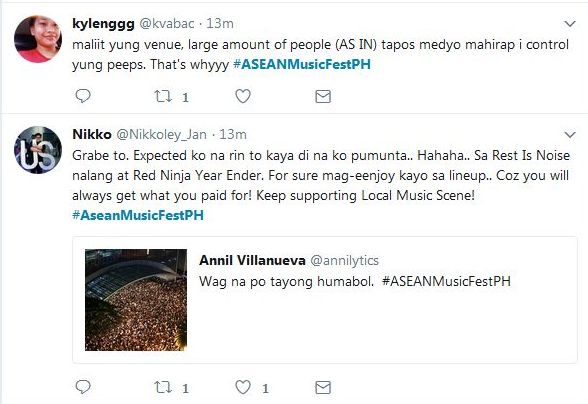